Yesterday: Shopping for a Christmas present in 1945 Salisbury 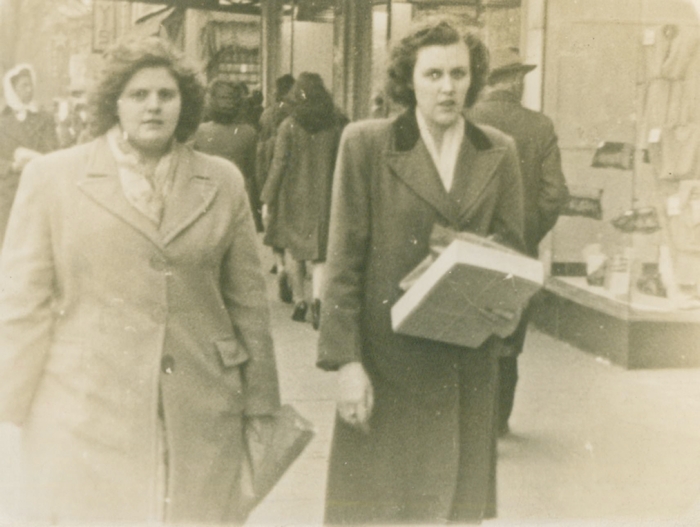 John Morgan submitted this photograph from December 1945, which shows his mother, Eloise Martin Morgan, right, with her friend, Mary Katherine Lippard. Eloise Morgan is holding the box she used to ship John’s father, Lincoln Morgan, his Christmas present. Lincoln Morgan was stationed in Austria as an Army medic. This photo of Eloise Morgan and Lippard was taken in front of Diana’s, a shop on South Main Street in Salisbury.