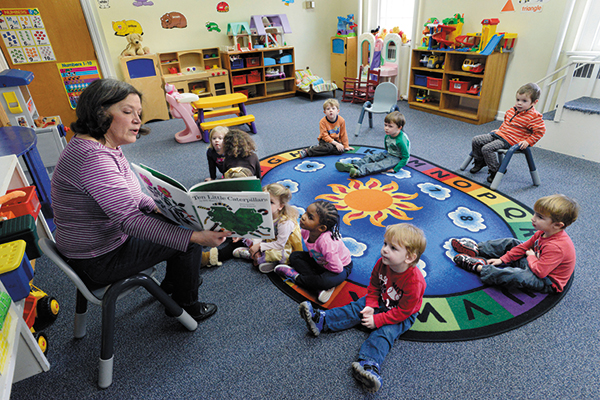 If there’s an expert on 3-year-olds in Rowan County, it’s Frances Edwards.

The veteran preschool teacher has taught the same 3-year-old preschool class at First United Methodist Church for the past 25 years.

Teaching preschool is no easy task.

“You have to like this job. You can’t do this job unless it’s what you want to do,” Edwards said. “I love their hugs, I love that they have unconditional love.”

The Salisbury native never planned to be a preschool teacher. Instead, she wanted to do social work.

Edwards is a product of Frank B. John and Overton elementary schools, Knox Middle and Boyden High School. She was a member of Boyden’s last graduating class before it became Salisbury High School.

She started her college career at Stratford College in Danville, Virginia, then transferred to N.C. State University in Raleigh, where she graduated with a degree in sociology.

“I probably should have gotten a teaching degree, but I’m glad I didn’t because I like 3-year-olds,” she said.

Edwards married her husband, Larry, when they were in college. Their son, Trip, was born before they graduated.

Before she took the job at First United Methodist, Edwards worked for Sacred Heart Catholic School’s after-school program and had two daughters – Anita and Mary Katherine.

By that point in time, Edwards was very familiar with First United Methodist’s preschool. All three of her children had been through the program.

When her youngest was enrolled at First United Methodist’s preschool, they decided to divide the 3- and 4-year-olds and start a new class.

Edwards applied and was hired as a secondary teacher.

“I learned an awful lot from her,” she said.

Throughout the years, Edwards has had several co-teachers. For the past nine years, she’s worked with Kelly Smith.

“I’ve had the privilege of working with some really great teachers,” Edwards said, adding that the vast majority of them have been mothers.

“I think the prerequisite for being a preschool teacher is to be a mother,” she said. “I wanted a job that was part-time so I had time with my children.

Edwards works for three hours four days a week from September through May.

She has 20 students in her class each year, and each student comes three times a week for an average class size of 15 students each day.

Edwards said her 3-year-olds change a lot over the course of the year.

“They become more self-confident,” she said. “They seem to be able to take care of themselves better.”

“The first thing we teach them is sharing,” she said. “It’s more fun to play with things together.”

Edwards said that at the beginning of the year, she spends a lot of time playing with the students. As the year progresses, the children have less interest in her and more interest in each other.

Every morning, the children come in and they have what Edwards calls “table time.” They color or play with Legos or Mr. Potato Head.

Then, they move to center time, where they work with the teachers in small groups and do activities such as art.

“I like to do art one-on-one or one-on-two,” Edwards said.

After center time, they have circle time, where they read a book. Then, they snack and go outside and play.

“If something doesn’t work, don’t keep on with it,” she said, adding that they just “move on to something else.”

“You’ve got to be flexible. Sometimes things just don’t work,” she added. 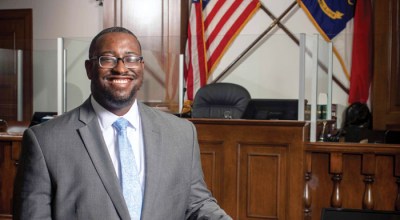 Spirit of Rowan: Ryan Stowe, the only Black criminal defense attorney in Salisbury, is growing his law practice 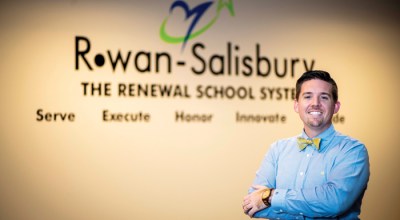 Spirit of Rowan: Career in education: Andrew Smith worked his way from teaching to administration 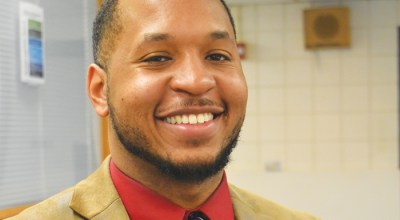 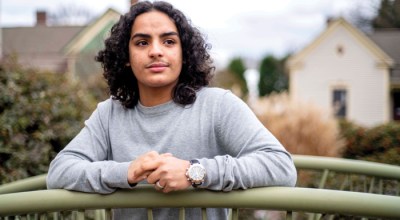 Spirit of Rowan: Technology increasingly making its way onto…