‘Southern Heat’ brings us a tough guy in Charleston 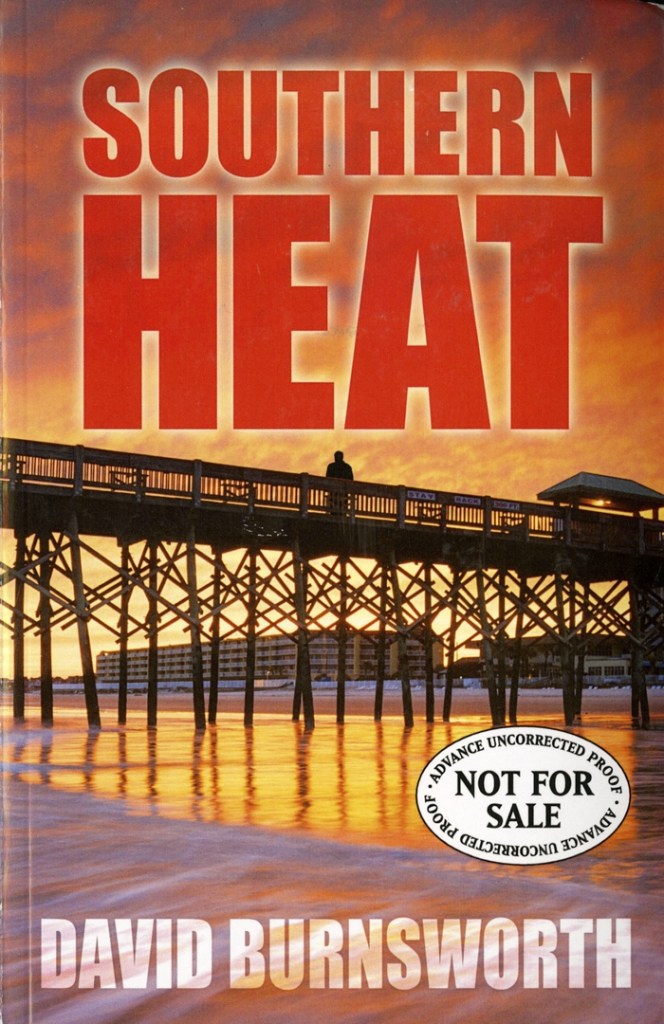 “Southern Heat” is your typical tough-guy mystery. Brack Pelton is the hero. Brack’s pretty hardened. His wife died of cancer, so he joined the Marines, hoping to be killed in Afghanistan. He wasn’t.

He’s done pretty well for himself since then, and the only person in the world he has to care about is his Uncle Reggie. As Brack goes to meet him at a Charleston restaurant, Reggie is shot. When the police arrive, their first suspect is Brack.

Brack is a former race car driver and has a sleek, black Mustang he speeds around town in. He carries a gun, and he’s pretty good at beating up the bad guys.

He inherits his uncle’s dive bar on the Isle of Palms, the one the historic ladies want to bulldoze. And he’s inherited a big tract of undeveloped land on a marsh. It looks like the person or persons who killed Reggie are probably after his land. Brack is confronted by the oversized Michael Galston, who offers him $4 million for it.

But there’s more to it than that. The police don’t trust Brack and they’re not interested in what happened to his uncle. Brack’s not going to take that. He has a strong desire for vengeance — he wants to stay alive long enough to figure out whodunit and how to make them pay.

Where author Burnsworth goes a bit astray is in his imaginary TV station-newspaper, Palmetto Post. Reggie’s ex-wife owns it. A go-getter named Darcy works there, and she has a thing for the tough guy.

Hasn’t been a newspaper around in a while that could fork out tens of thousands of dollars to get a story, and for most legitimate newspapers, that doesn’t happen anyway. Not many reporters, except for a television media celebrities, make enough money to buy sports cars. We’re lucky to have jobs.

Of course, not many ex-soldiers go around blowing up cars, busting down doors, doling out big dollars for information or getting shot at and beat up regularly.

Poor Brack — his house is trashed, his hideout is trashed, he loses a number of vehicles, all his belongings are trashed, his friends are threatened. Thanks goodness nothing happens to his dog.

Darcy, the flashy but intrepid reporter, locks on to the story, getting repeated scoops on Brack’s explosive actions.

Turns out Reggie’s ex-wife is still in love with him and the trio pursues even the thinnest of leads. The red herrings would make a hefty entree at the bar, which is never threatened.

Charleston figures prominently, with fictional modifications, and the heat plays a part, too, along with mud and mosquitoes. Knowing how Charleston traffic is, it’s a surprising Brack can race through the streets as often as he does.

Brack makes an odd alliance with some of his uncle’s friends, including Brother Thomas, who runs a church down in the rougher parts of North Charleston, and Mutt, who runs a dive bar in the same area. This group ties in to the environmental portion of the plot that seems to implicate Galston in shady deals that have to do with EPA Superfund sites in Charleston.

Ultimately, it turns out Uncle Reggie was trying to save some of the most downtrodden in the resort city, underemployed African Americans, many of whom are still treated like slaves 150 years after the end of the Civil War.

It makes for a speedy story, although the clues that lead to the real killer are very sparse, unless you have that instinct that tells you to trust no one. It raises a little social concience, but it’s really all about the tough guy with a thawing heart.

I had an advance copy for review, and I’m glad I didn’t read the back right away – it names the killer. Here’s hoping the finished version doesn’t spoil your suspension of disbelief.

Author David Burnsworth will be at Literary Bookpost on Saturday, Feb. 28, 11 a.m.-1 p.m. to sign his book.