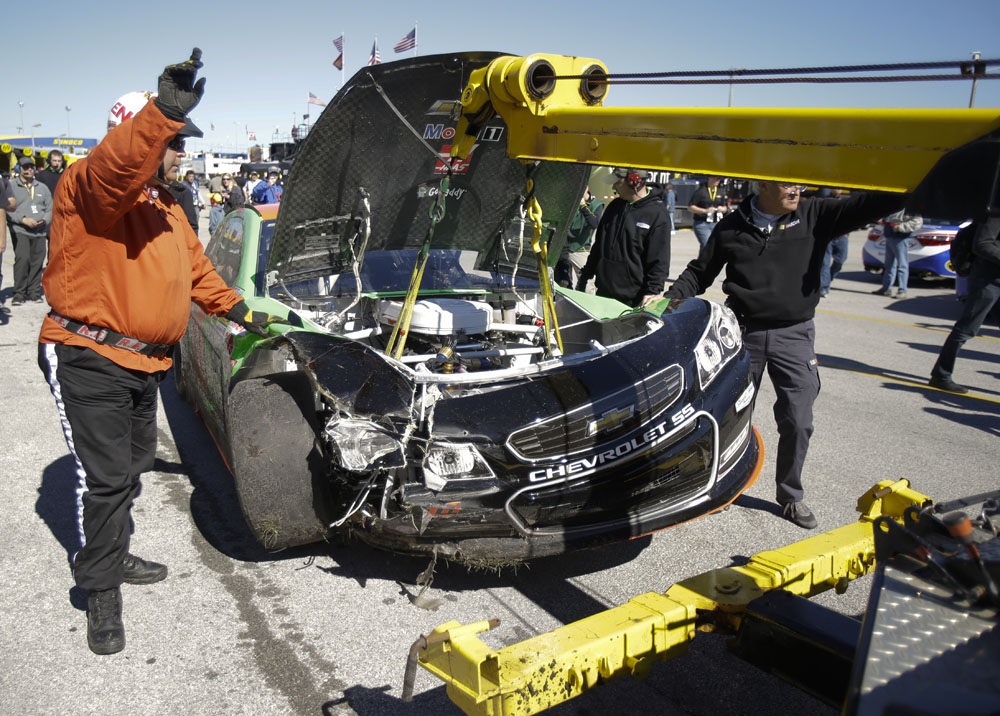 The Associated Press A tow truck brings Danica Patrick's car to the garages after a crash during a practice session Wednesday for the Daytona 500.

Patrick’s No. 10 Chevrolet sustained enough damage that she was forced to switch to a backup car and will have to start at the back of the field in the second of two qualifying races Thursday. Hamlin’s No. 11 Toyota was repairable.

Patrick and Hamlin started the pileup by making contact coming out of the second turn. Casey Mears, Michael Annett and Jeb Burton also were involved.

Patrick called it “the nature of pack racing” while Hamlin said “you always have to give a little bit extra room in practice.” But neither driver took full blame, with Hamlin calling it a “miscalculation one way or another on one of our parts.”

Patrick, who started on the pole for the Daytona 500 two years ago, said she’s disappointed to go to a backup car.

“I know that it was a good car and it’s never a good thing to crash,” she said. “Sometimes there’s not much you can do about it. I could have collected more people and it wouldn’t have been anything that they were a part of.

“But that’s just group racing at Daytona. That’s the gamble that we all face.”