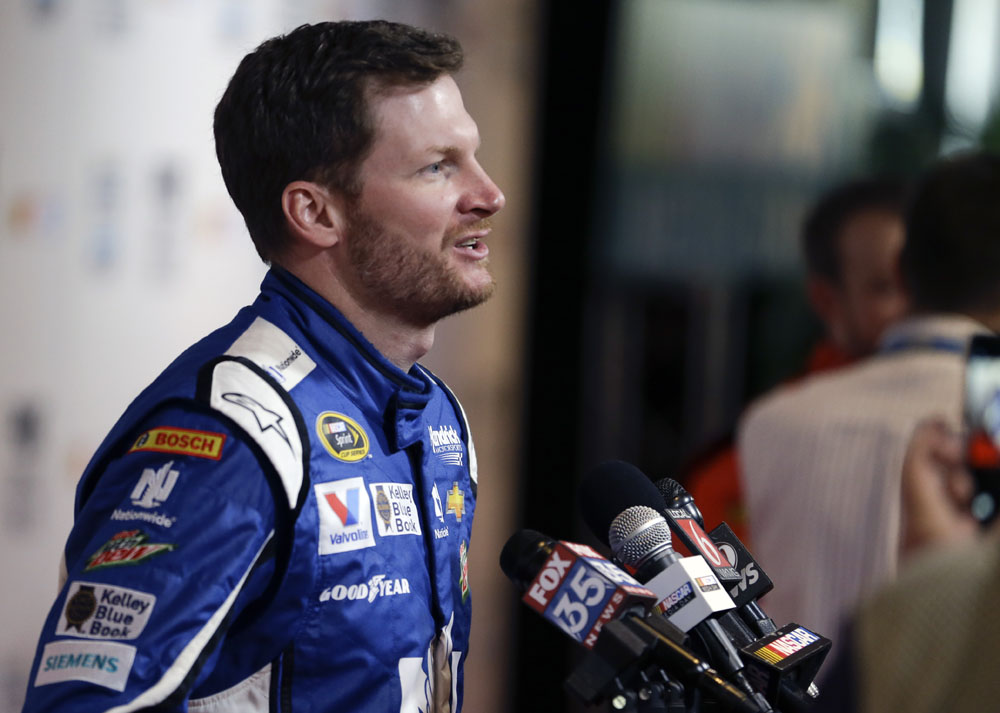 DAYTONA BEACH, Fla. (AP) — Dale Earnhardt Jr. recognized the anniversary of his father’s death Wednesday and said it was not a day for mourning.

Junior took to Twitter to acknowledge the 14th anniversary of Dale Earnhardt’s death, which came on the final lap of the 2001 Daytona 500. Earnhardt Jr. posted, “(On) this day I do not mourn his death. I thank God he lived. #DaleEarnhardt.”

He was asked about later in the day at Daytona International Speedway and said the date doesn’t really stir painful emotions anymore.

“When dad passed away, that’s kind of the way that I felt about it, like you feel kind of selfish mourning that loss because you’re just like, ‘What am I going to do or how am I going to go forward?’ or ‘How does this make me feel?’” he said. “That’s real selfish. His loss affected a lot of people, not just myself.

Earnhardt noticed people tweeting about the anniversary Wednesday morning and decided to share his thoughts on social media.

“I just felt like pitching in and let people know where my mind was at,” he said. “Instead of being sad about it, I think about all the awesome times we had and good things we did and stuff that I think he’d be proud of today.”

The 40-year-old Earnhardt won his second Daytona 500 last year and will try to become the first driver since Sterling Marlin in 1995 to win NASCAR’s most prestigious race in consecutive years.

“Being the winner from last year doesn’t really help you out there in the heat of the battle,” Earnhardt said. “We’ve got a great car. We need to do everything right. We need to get that car all the way through the week and on to the starting grid Sunday.

“We don’t need to have any problems to where we have to pull any race cars out of the trailer. I’ve had to do that before.”

Earnhardt’s No. 88 Chevrolet failed inspection following pole qualifying for the Daytona 500 on Sunday. He will have to start at the back of the field in the first of two qualifying races Thursday that set the starting order.

“You definitely want to race hard and do everything you can and learn everything you can during the week, but you want to be able to put that car on the starting grid in one piece,” he said. “I think we’ve got one of the best cars down here. …

“Yeah, I’m glad we won (in 2014). It feels good to come back to any race where you’ve won. You’ve got a little confidence as a driver, but once you get in the race and get started, it really doesn’t matter.”