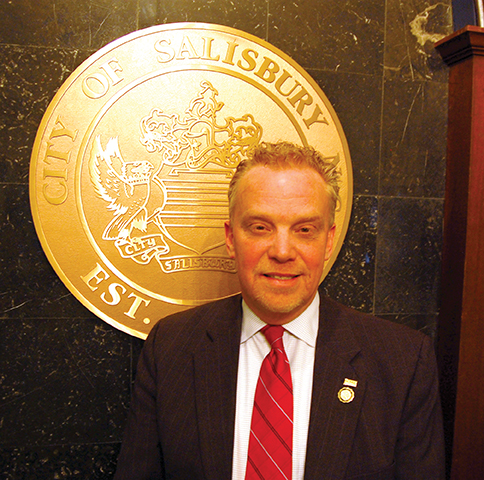 Salisbury City Council has chosen a man with plenty of experience to be the city’s next manager.

W. Lane Bailey, who is currently the city manager of Lenoir, will take the reins in Salisbury in March. He has been both a city and county manager and has 25 years of experience in government work. He was previously the president of the North Carolina City and County Management Association.

Bailey, 51, has been the manager in Lenoir, with a population around 20,000, for 10 and a half years. Before that, he was the city manager in King, a community north of Winston-Salem.

From 1993 to 2000, he was manager of Polk County, after a short stint as the county’s assistant manager. His career started in Gaston County, where he was a budget analyst.

Bailey said he told council during his interview that he can help build coalitions and work with community leaders to move the city forward. He also said he wants to work to empower the city’s staff to make good decisions.

“A manager is only as effective as the people he or she has working for them,” he said, adding he had great people around him in Lenoir.

“I’ve been very impressed with everyone that I’m met within the city,” Bailey said about Salisbury. He said he and his wife, Ruth, who is a school counselor, met with Rowan-Salisbury Schools Superintendent Dr. Lynn Moody last week and that he was impressed by her plans for the community.

Bailey and his wife have two children, Brennan and Katherine, who are in 8th grade and 6th grade, respectively.

Mayor Paul Woodson said Bailey’s previous work as a city manager was a big factor in council’s decision to hire him. He said council members felt like the city’s residents wanted council to choose someone with experience.

“What we were looking for was a very seasoned, experienced manager,” Woodson said, adding Bailey was very polished in his interview.

The fact that Bailey was also a county manager was important, Woodson said, because the city wants to build a better relationship with Rowan County’s government.

City Council had a total of 56 applicants for the job and six candidates were interviewed, Woodson said, including current interim City Manager John Sofley.

Woodson said Sofley was very impressive in his interview and that he has done a great job running the city since former city manager Doug Paris stepped down last summer.

Sofley will continue as interim manager until Bailey takes over in mid March, before returning to his regular job as assistant city manager.

Woodson said the decision to hire Bailey was finalized during a closed-session meeting council had Monday evening. Wednesday, council held the official vote to hire Bailey — it was unanimous.

“He really stood out,” among the candidates, Woodson said about Bailey, who will become Salisbury’s 12th city manager.

Bailey’s contract has not been finalized yet, but Woodson said his annual salary will be $150,000, including a $500-a-month car allowance.

Council woman Karen Alexander said Bailey brings integrity to the job, and that he is innovative and has a strong track record. She said Bailey has implemented wonderful community programs, including ones to address poverty.

“I think he loves people,” she said.

Alexander said she thinks Bailey can bring back an emphasis on customer service for citizens, something she said the city has been lacking in since former city manager David Treme retired in 2011.

Bailey said Lenoir copied Salisbury’s customer service program under Treme and some of the things Salisbury has done with its downtown. He said he has a lot of respect for former Downtown Salisbury Inc. executive director Randy Hemann.

“I also think that this is a community that its best days are ahead of us,” Bailey said about Salisbury.

“Most communities in the U.S. would give anything to have what Salisbury has now,” he said.

In Lenoir, Bailey helped to recruit Google to build a data center in the community in 2007. The company announced a $600 million expansion of the center in 2013.

Bailey grew up in Bryson City, in the western part of North Carolina. He earned his undergraduate degree in political science from Appalachian State University, where he also earned a master’s degree in public administration.