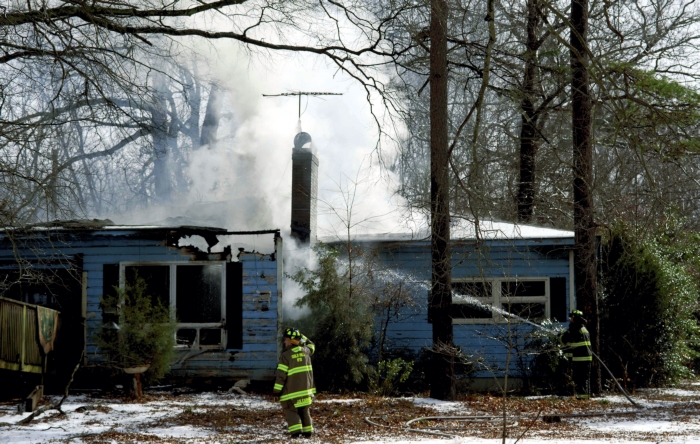 GOLD HILL – A Gold Hill couple made it out safely Tuesday after their home caught fire, but the Wyatt Grove Church Road home was destroyed, fire officials said.

The couple were able to get out without injury. The pair have several dogs that were not injured.

Firefighters responded fairly quickly, Horne said, despite the icy road conditions resulting from the storm that moved through the area Monday night.

An electrical short in the recessed lighting caused the fire, which started sometime before 1:30 p.m., Horne said.

The home, located at 825 Wyatt Grove Church Road, was destroyed, she said.

The couple did not have insurance.

The Hanford Dole chapter of the American Red Cross is assisting the family.