Man charged with DWI after crash 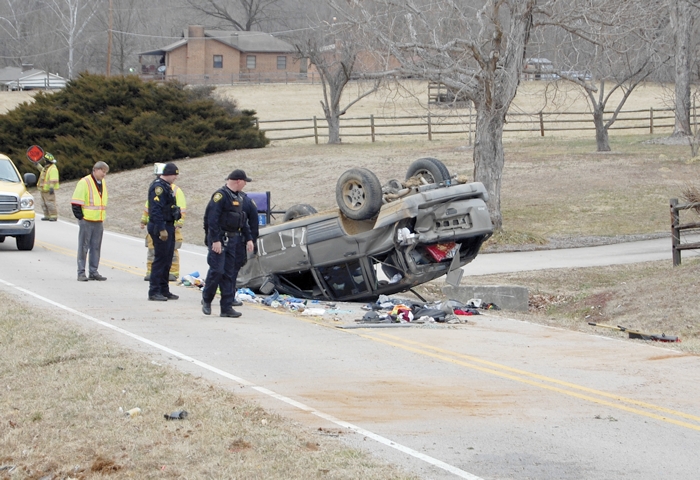 Rowan County Sheriff's deputies look at the wreckage after a Jeep Grand Cherokee crashed on Old Mocksville Road Monday afternoon. No one was seriously hurt in the one-car accident, and the driver, Joshua James Jackson, was charged with driving while impaired. His 5-year-old son was in the car with him when accident happened.

A man was charged with driving while impaired Monday after wrecking his car while his young son was with him.

Joshua James Jackson, 28, of Kannapolis, was arrested after his Jeep Grand Cherokee overturned on Old Mocksville Road around 1 p.m., according to the N.C. Highway Patrol.

Jackson’s 5-year-old son was in the car too, but no serious injuries were reported.

Trooper H.T. Sloop said Jackson was traveling north on Old Mocksville Road just past Highland Hills Trail when the car ran off the right side of the road, then back across the center line and off the left side of the road into a ditch. The car overturned and ended up upside down in the middle of the road.

Jackson told police and a Post reporter that his friend was driving the car and jumped out before the accident.

Sloop said police will continue to investigate whether another person was in the car.

Jackson was also charged with driving while license revoked, careless and reckless driving, operating an unregistered vehicle, driving without insurance, misdemeanor child abuse, and not having a child restraint seat in the car.