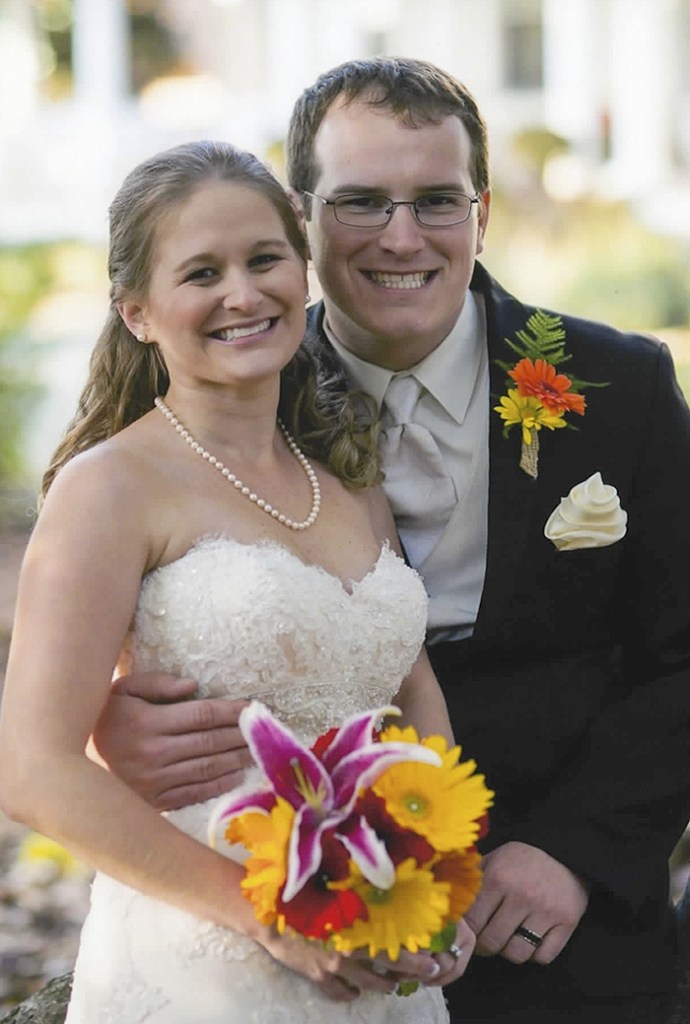 GIBSONVILLE — Jennifer Michelle Boggs and Ronald “Ronnie” Frank Milroy Jr. were united in marriage Nov. 8, 2014, at Burke Manor Inn. Rev. John Tucker officiated the 3 p.m. ceremony, which was followed by a reception.
The bride was escorted by her mother and attended by Laura Melton of Salisbury as maid of honor. Cassie Hughes of Thomasville was bridesmaid.
Dylan Dewson of Palmyra, N.J., stood as best man, and Collin Milroy of Southampton, N.J., brother of the groom, was groomsman.
The bride is the daughter of Dona Bolick of Salisbury and the granddaughter of Grace and the late Henry “Buddy” Bolick of Salisbury. A 2005 graduate of West Rowan High School, Jennifer received an Associate degree in Nursing from Cabarrus College of Health Science in 2009. She is a Registered Nurse in the operating room at Novant Health Thomasville Medical Center in Thomasville.
The groom is the son of Carol and Ronald Milroy of Southampton, N.J., and the grandson of Carol and the late Joseph Parento of Delran, N.J., and the late Robert and Angie Milroy of Palmyra, N.J. A 2006 graduate of Seneca High School in Tabernacle, N.J., and 2008 graduate of NASCAR Technical Institute in Mooresville, he is a technician at Gerry Wood Kia in Salisbury.
Following a Western Caribbean cruise and a stay at Walt Disney World in Florida, the couple are living in Lexington.