More than a deer, more than a hunter: Hunter and outdoor photographer speaks at First Baptist 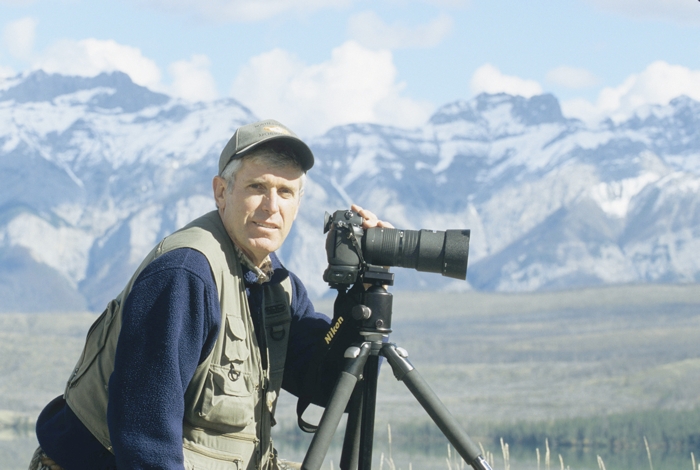 It’s been quite journey for a kid who grew up on a potato farm to become one of the top white-tailed deer hunters, writers and photographers in North America. During the last twenty five years, Charlie Alsheimer’s pursuit of the white-tailed deer has taken him all across the continent. His photos have won numerous state and national photo contests and his articles and photographs have appeared in nearly every major outdoor publication in America including Outdoor Life, Field and Stream, Sports Afield, and Deer and Deer Hunting. His books include Strategies for Whitetails, Quality Deer Management-The Basics and Beyond, Hunting Whitetails by the Moon and WhiteTail-The Ultimate Challenge.

Charlie Alsheimer will be speaking at the 11th annual Sportsman Banquet at First Baptist Church-Salisbury on Saturday, Feb. 28 at 6 p.m.

Deer are more than just an animal to Alsheimer. Although he has killed many large bucks, his insights on deer behavior have gained far more attention than his hunting prowess. His writings have helped fuel the emergence of quality deer management and has shaped the debate over the moon’s impact on deer behavior-one of the most captivating and controversial issues in deer hunting circles.

“My desire to know everything about whitetails became far more important than hunting tactics,” he said. “The more I learned the more I thought, ‘The whitetail is far more than an animal made of skin, bones, and antlers.’ I would hate to think of what my life might be without the whitetail,” he continued. “When I was a boy, my love for whitetails was fueled by the graceful figure of a mature buck running across a plowed field. That image has kept me heading back to the woods for more than forty five years.”

And that dedication has not gone unnoticed. In a national poll conducted some years ago by Deer and Deer Hunting magazine, Alsheimer was honored as one of deer hunting’s top five inspirational leaders of the past century. In the results of a ballot that included nearly 60 scientists, manufacturers, celebrities, writers, and hunters, Charlie was ranked third behind legendary bowhunter Fred Bear and conservationist Aldo Leopold. President Theodore Roosevelt and outdoor apparel designer Bill Jordan finished fourth and fifth respectively.

As passionate as he is about the whitetail, this devotion pales in comparison to the real priorities Alsheimer exemplifies in his personal life. “When I’m perched in a tree stand, I think about what matters most in my life. Needless to say, the white tailed deer even isn’t close.” He is careful to credit his Creator for allowing him to be one of the few who have been able to make a career of hunting, photographing and writing.

In addition to his faith, there is his love and dedication to his family — his wife Carla (who he calls “the greatest”) and considers her his best friend. And there is his son Aaron, who spent many years traveling and hunting with his father throughout the years, enough for avid readers of Deer and Deer Hunting magazine to recognize him as the model in many of Charlie’s hunter set up photos.

“My dad’s influence goes far beyond the times we have shared together in the outdoors,” Aaron has said. “He is my best friend and my role model. My unique vantage point has allowed me to see him as a man of deep faith and exceptional integrity.”

Quoting noted Christian writer Chuck Swindoll, Alsheimer says, “The greatest things in life are not the things — the greatest things in life are the experiences and relationships.” He continues, “When you think about it, Swindoll’s words have a way of summing up life — at least for me. During the thousands of hours I’ve huddled between a camera and sat in a deer stand I’ve come to realize the whitetail is more than a “thing.” To me the experiences and relationships it has brought my way have been far more rewarding than things crafted by man’s hands.”

One thinks of another quote from another famous communicator, Winston Churchill: “We make a living by what we get, we make a life by what we give.”

Charles Alsheimer will be speaking at the 11th annual Sportsman’s Banquet at the First Baptist Church-Salisbury’s First Ministry Center at 200 N. Fulton St. on Saturday, Feb. 28 at 6 p.m.

Tables of eight are $85; tables of six are $65; individual tickets are $12 for the presentation and a dinner of barbeque chicken and pork, baked beans, slaw, corn on the cob, roll, dessert and drink.

Contact Rod Kerr at rod@fbcsalisbury.org or call Rod Kerr or Lisa Kluttz at 704-633-0431 for reservations.