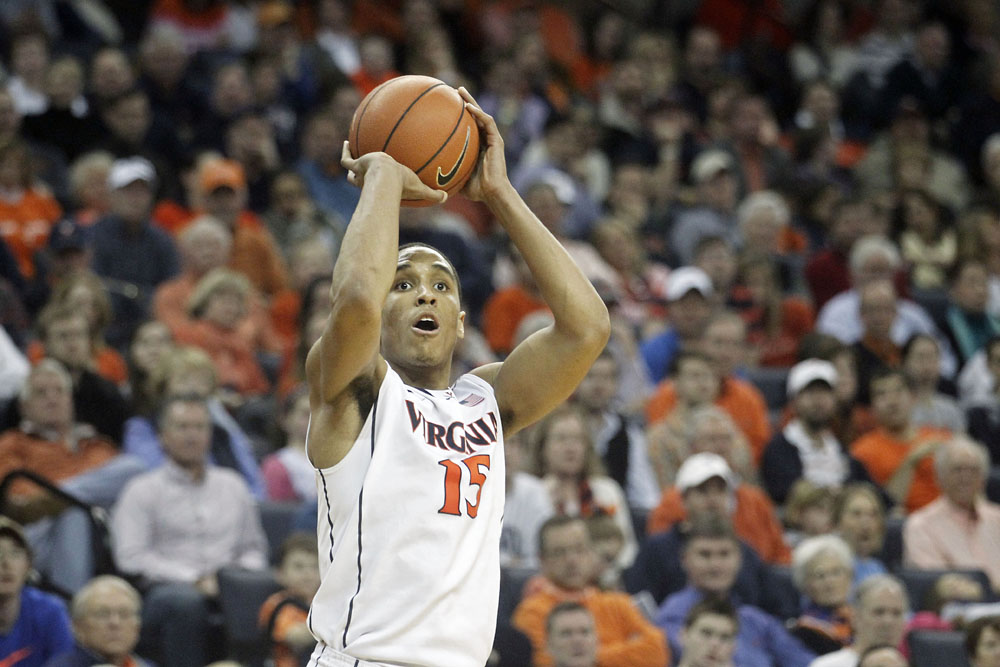 Brogdon and London Perrantes added 11 points each for Virginia (23-1, 11-1 Atlantic Coast Conference), which opened the second half with a 27-7 run to erase a 31-24 halftime deficit.

But while Virginia seemed likely to keep padding the lead as it has so often this season, Wake Forest (12-14, 4-9) wasn’t on board, erasing almost all of a 13-point deficit in the last 10 1/2 minutes.

Dinos Mitiglou made six 3-pointers, the last with 39 seconds left to pull Wake Forest to within 60-59, and led the Deacons with 18 points. Miller-McIntrye added 13 and eight rebounds.

Gill had nine points during Virginia’s run to start the second half, and he had a chance to almost ice the game when he went to the line with 28 seconds left and Virginia leading 60-59. He made the first, but missed the second, giving Wake Forest a chance.

The game was the second for Virginia since losing No. 2 scorer Justin Anderson to a broken finger, and for the opening half, the Cavaliers not only missed his scoring, but also his ability to provide a spark.

That changed after halftime as Evan Nolte, who has replaced Anderson in the starting lineup, made a 3-pointer for the Cavaliers’ first points of the half, drawing thunderous cheers from the crowd. It started the big run that seemingly put Virginia in command, before Wake Forest started chipping away.

Mitoglou gave the Demon Deacons a huge lift in the first half, hitting a trio of 3-pointers in a span of 3 minutes as Wake Forest pulled away from a 16-all tie to lead 27-22 with 1:44 left in the half.

The Cavaliers’ 31-24 halftime deficit was their largest of the season.

Wake Forest: Devin Thomas, averaging 14.8 points in conference play, had 1 until he made a pair of free throws with 5:34 to play.

Virginia: The Cavaliers had 10 FGs in the first 8:18 of the second half after making just eight in the first half.