NASCAR: Harvick settles in for second year at SHR 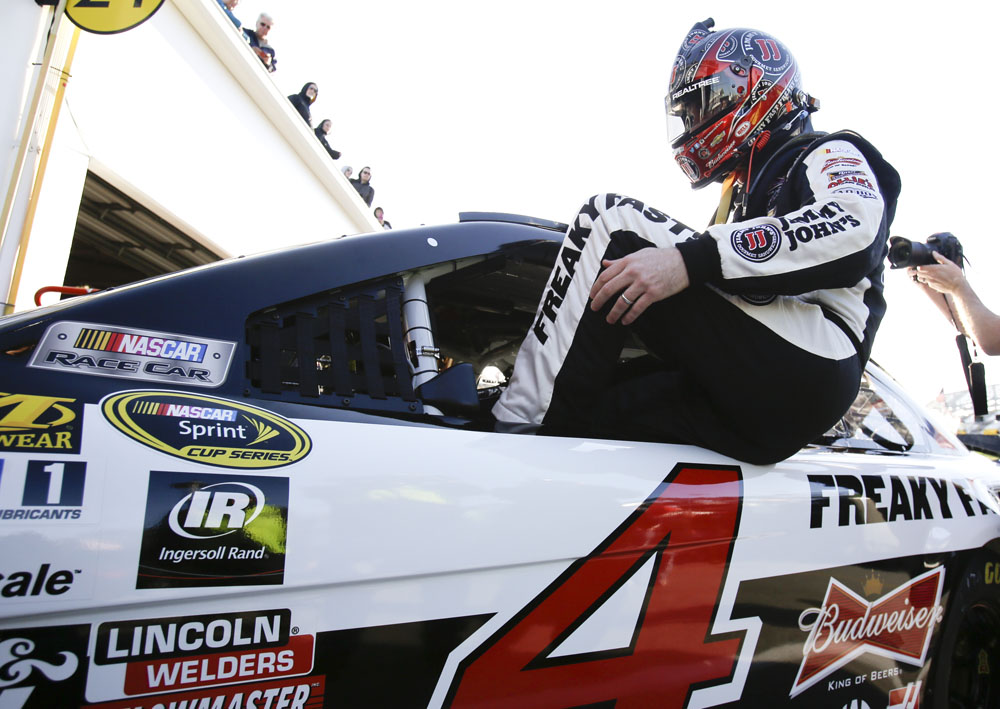 It was abundantly clear that the new Stewart-Haas Racing team was one of the best in the garage, and Harvick closed the year with his first career Cup championship.

As he embarks on his sophomore season, Harvick doesn’t plan on letting up.

“You always re-establish new goals,” he said. “I think as you come into this year knowing that you can do the things that we did last year, that’s very rewarding. But it’s also a great confidence builder for our race team and our guys. We know we can win races.”

First on Harvick’s to-do list? Winning the Daytona 500, of course.

Harvick won NASCAR’s most prestigious race in 2007 when he drove for Richard Childress Racing, the team he left at the end of 2013 to join good friend Tony Stewart at SHR. Stewart had promised Harvick that he could a win a championship if he moved to SHR, and Harvick made the leap of faith in his quest for that elusive first title.

He won five races last season, including the Nov. 16 finale to clinch the championship.

Harvick gets a chance to see what Childers has prepared for Daytona International Speedway on Saturday night in the exhibition Sprint Unlimited race. The season-opening Daytona 500 is Feb. 22, and teams have the next 10 days to prepare for the big event.

For Harvick, it means he’ll finally get back into a routine that had been disrupted the last three months.

He and wife, DeLana, moved in November, the same week as the season finale. Then came the whirlwind weeks of requirements for the new champion, and when he finally got to take a breath, he had to focus on settling into his new North Carolina neighborhood.

The ban on offseason testing allowed Harvick to use January to learn the area and settle on seemingly mundane activities, such as finding a pediatrician for son, Keelan.

This period has also allowed Harvick to do some self-reflection, and he opened up for the first time about his relationship with his estranged father in an interview with a nationally syndicated sports interview series.

The biggest priority, he said, is not repeating the behaviors of his father and being a good father to Keelan.

“It’s no secret, we went through some hard times from a personal standpoint,” he said. “The thing that really brings them forward is how you look at those situations — how you grew up, and how you want to handle things as a dad with your son and how you can be better.

“The ultimate failure in my life would be to be a bad dad. DeLana and I have put a lot of effort into trying to be good parents, and I know for myself, I constantly think about situations that I grew up with, and how I don’t ever want him to experience things like that.”