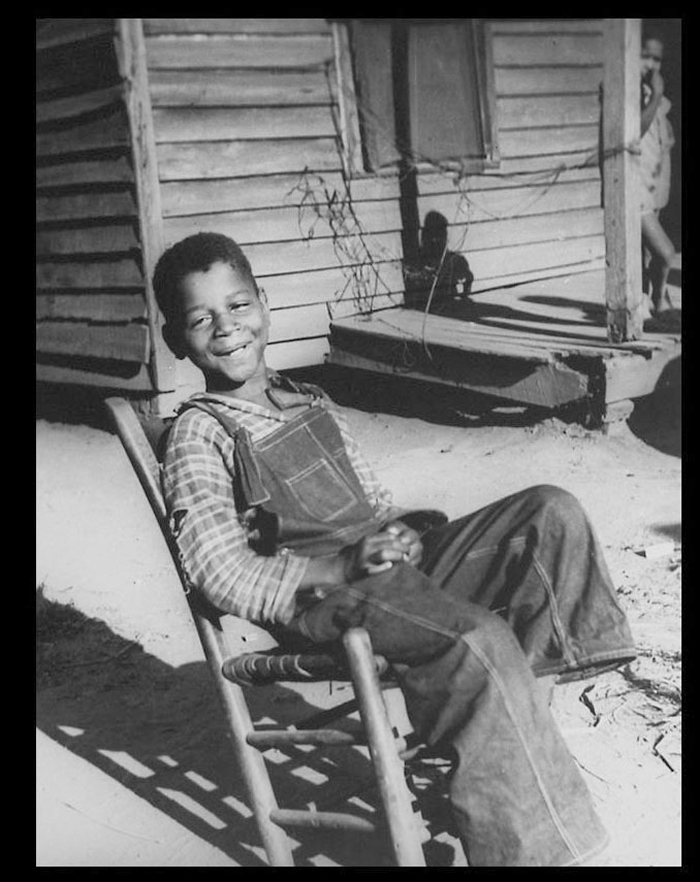 One photo from a rare collection of photographs from the 1937 Rowan County Bostian's Alley series captured by Alex Smoot and Margaret Boylan Smoot. At Waterworks.

In/Equity confronts the concerns of past, present and future human rights and cross cultural interactions.  The exhibition showcases the life-size sculpture and mixed media works of Stephen Hayes, large-scale oil painting by Lisa DeLoria Weinblatt, and a selection of rare photographs by Alex Smoot and Margaret Boylan [Smoot] shot in 1937.

Born in Durham, North Carolina, Stephen Hayes graduated from North Carolina Central University (Durham, NC) and received his MFA in Sculpture from the Savannah College of Art and Design (Savannah, GA). He is a part-time instructor at Georgia State University and Rowan Cabarrus Community College. He has a deep rooted passion for the visual arts.  His goal as a sculptor is to create and invoke a feeling of awareness by connecting the viewer with the deep emotion of the installation. “I like to wow my audience and to create artwork that will inspire as well as educate the viewer. I do not consider myself as just a sculptor, I am a Creator.”

Inspired by a diagram of the Brookes slave ship Hayes came across during a printmaking class, Cash Crop is a powerful display that invites the viewer to walk into an emotional, physical and spiritualistic space to confront the past, the present, and the future. This powerful presentation takes you face to face with the mutation between the importing and exporting of goods and people. The exhibition features 15 life-size sculptures of shackled people who represent the 15 million Africans trafficked and transported by sea during the trans-Atlantic slave trade. Additional elements of the exhibition include prints, drawings and sculptures that draw parallels between the economics of the Atlantic slave trade and the Third Works sweatshops of today.

Lisa DeLoria Weinblatt resides in Bayside, NY.  She graduated from Queens College, NYC, and received her MFA from School of the Arts, NYC. She is figurative painter whose imagery is primed through personal experience, imagination and direct observation. She believes that visual images have the power to transform and expand perceptions, as well as confirm identity and validate experience. She considers artwork that promotes discussion and understanding of one another, while encouraging values of tolerance and acceptance, is a positive model.

Weinblatt’s School Lunch series has been broadly exhibited across the United States. Stephanie Plunkett, Curator of the Norman Rockwell Museum comments on this series saying that “Weinblatt’s ability to transform specific experiences into powerful images which communicate to a broad audience is nothing short of extraordinary…a wealth of remarkable paintings that address such important contemporary issues as cultural diversity and the challenges inherent in interpersonal relationships.”

A rare collection of photographs from the 1937 Bostians Alley series captured by Alex Smoot and Margaret Boylan Smoot offer historic insight into Rowan County’s past. The 21 photographs selected for the show reflect the people and the way of life of Bostians Alley, an impoverished community in downtown Salisbury bordered by North Main and Church streets and Franklin and Cemetery streets, which was torn down in the late 1940s. The overall tone of the photographs is not the somber one, one might expect during the depths of the Great Depression, instead children are laughing and dancing, young men and women are captured with an air of pride and enthusiasm, and the elderly look on with caring and contentment. It is apparent from these pictures that Bostians Alley was a vibrant and dynamic place in spite of the challenges faced by those who called it home.

Alex Smoot, a radiologist born in Salisbury who spent most of his years in Greensboro, and Margaret Boylan whom he later married, were avid photographers. Together and separately they won many photography awards and their work is collected widely throughout the region. Margaret died in 1987 and Alex in 2000.

Please join us for the opening reception, honoring the artist on Friday, February 13 from 6-8pm, with Meet the Artist informal gallery talk taking place at 5pm prior.  Free and open to the public.