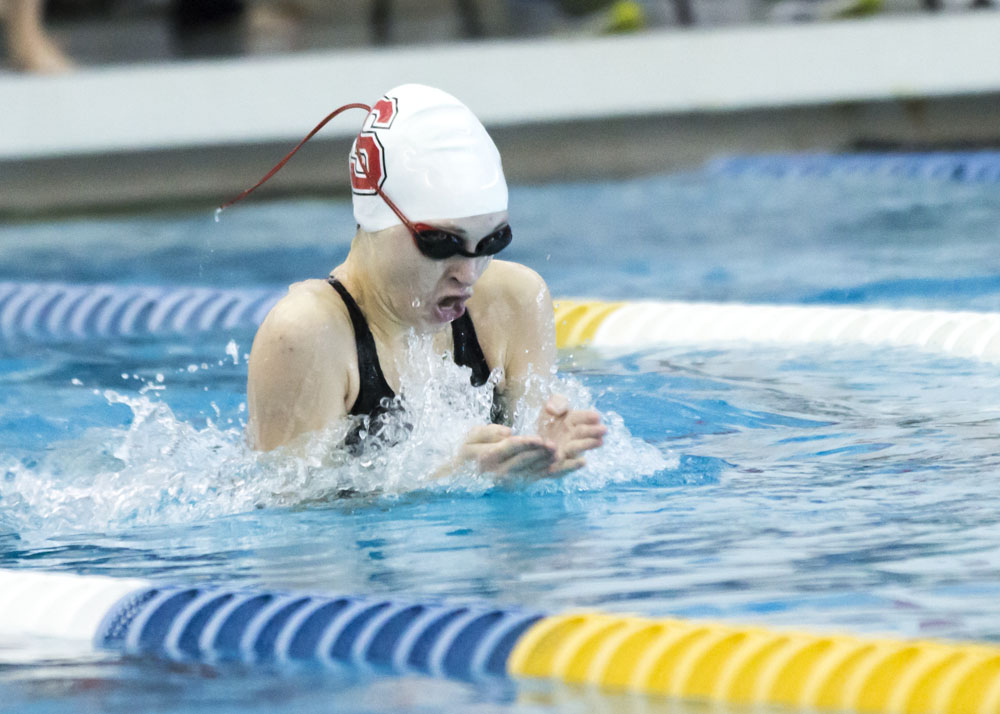 They accounted for South Rowan’s four points in the boys meet. Chapel Hill won the 3A boys competition.

• The 1A-2A Championships are Friday in Cary.

The 1A-2A state indoor track meet starts at 4 p.m.  on Friday in Winston-Salem.

Aitana Grant scored 14 for the Wonders. Talethia Alexander scored 12, and Shemya Stanback had 11.

• Hickory Ridge’s Jaylen Stowe, Hough’s Luke Maye and North Meck’s C.J. Bryce were named to the 10-man N.C. team for the NC-SC all-star games to be played on March 28 at Myrtle Beach High.

Albemarle’s Al Andrew was tabbed as a coach for the N.C. team.

• Salisbury is at North Rowan Friday in the biggest boys game.

North Rowan is tied for first in the CCC with Lexington. Salisbury is third.

Salisbury-Rowan Hall of Famer Beth Miller (South Rowan), Senior Associate Athletic Director at UNC,  was  named  Thursday as one of the top 10  Senior Woman Administrators in the nation.

Chris Taylor scored 17 points, Collin Turner had 12, and Garrett Beck and Will Johnson scored eight each.

Jalen Houston had six points and five steals for the Bulldogs (5-2). KJ Hernandez and Kejuan McCain sparked the defense.

Girls volleyball registration for grades 4-8 is open through March 2.  Practice and games begin in March. Contact Carvie Kepley at 704-857-7011 or ckepley@rowanymca.org.

Coaches will give an inside look at the players joining the program for the 2015 season as well as feature video highlights.

Catawba’s baseball team plays at Stillman this weekend in a non-conference series with the Tigers. The series has been altered due to cold weather forecasted on Sunday. Following Friday’s opener, the teams will now play a doubleheader on Saturday beginning at 2 p.m.

Theo Zatterstrom put up a new record in the 500 free, while the women’s 400 medley relay team also posted a record time.

The entry fee is $30 for non-members. Entry includes golf, cart and prizes.