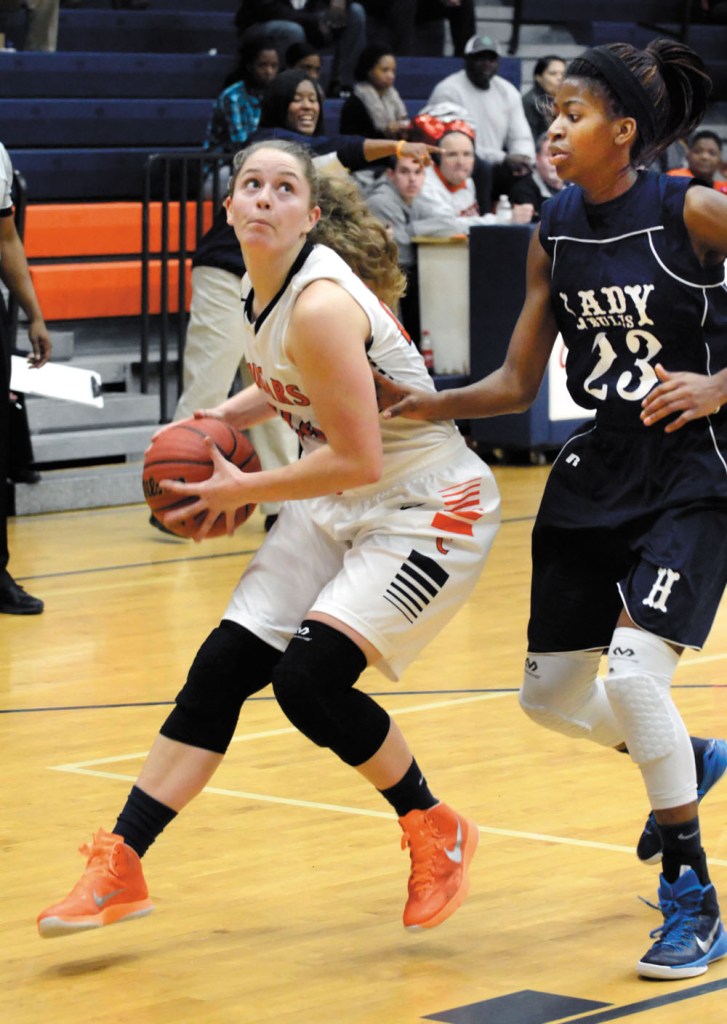 In a perfect world. she would’ve scored 40. But it’s not a perfect world. Allen struggled to a 10-point night, and Carson was overwhelmed 66-53 by a Hickory Ridge team that was taller, longer and quicker.

Allen, a valuable freshman on Carson’s first championship team in 2012, has been one of the best in school history. She’s a 1,000-point scorer who has scored in double figures in 49 straight games. But it wasn’t her night.

“It was emotional, and we didn’t go into it with level heads,” Allen said. “And Hickory Ridge is a very tough matchup for us. They don’t just have big girls, they’ve got big girls who are very active.”

Freshman Gabby Smith is big, active and automatic. She scored 30 for the Ragin’ Bulls, 21 after halftime.

“She plays very physical and her teammates were getting her easy looks,” Carson coach Brooke Misenheimer said. “We didn’t have an answer for her.”

Carson was only down 29-28 at halftime because freshman Olivia Gabriel (17 points) was doing her buzz-saw thing well, getting to the foul line and making free throws.

But third-place Hickory Ridge (17-5, 12-3) got it together at halftime, figuring out it had three players on the floor taller than Allen, the tallest Cougar at 5-10.

“We’re young and sometimes it does take us a while,” Hickory Ridge coach Tolanda Simmons said. “But Gabby is legit down there, and when we started getting her the ball low, she scored.”

It was 34-all when Carson freshman Taylor Wiggins scored with 4:10 left in the third quarter, but Hickory Ridge went on a 10-0 run to take control of the game.

“We tried every defense we had, but they just killed us on the boards,” Misenheimer said. “We didn’t talk. We didn’t box out.”

Carson got a nice game from senior Chrishona Roberson, who had seven points, six rebounds and four assists.

“Hickory Ridge is really tall, and their girls were hard for us to get around,” Roberson said. “We needed to box out tonight, and we just didn’t do it well enough. And then the third quarter was our downfall. That’s happened to us quite a few times.”

Carson’s third senior — Sydney Huffman — has enjoyed a strong season and had scored in double figures in seven of eight games prior to Tuesday.  But her outside shots weren’t dropping, and Carson couldn’t rebound, so it couldn’t the ball to Huffman on fastbreaks.

“We’ve got to come back with a better effort,” Misenheimer said. “We were flat and didn’t have our usual enthusiasm.”