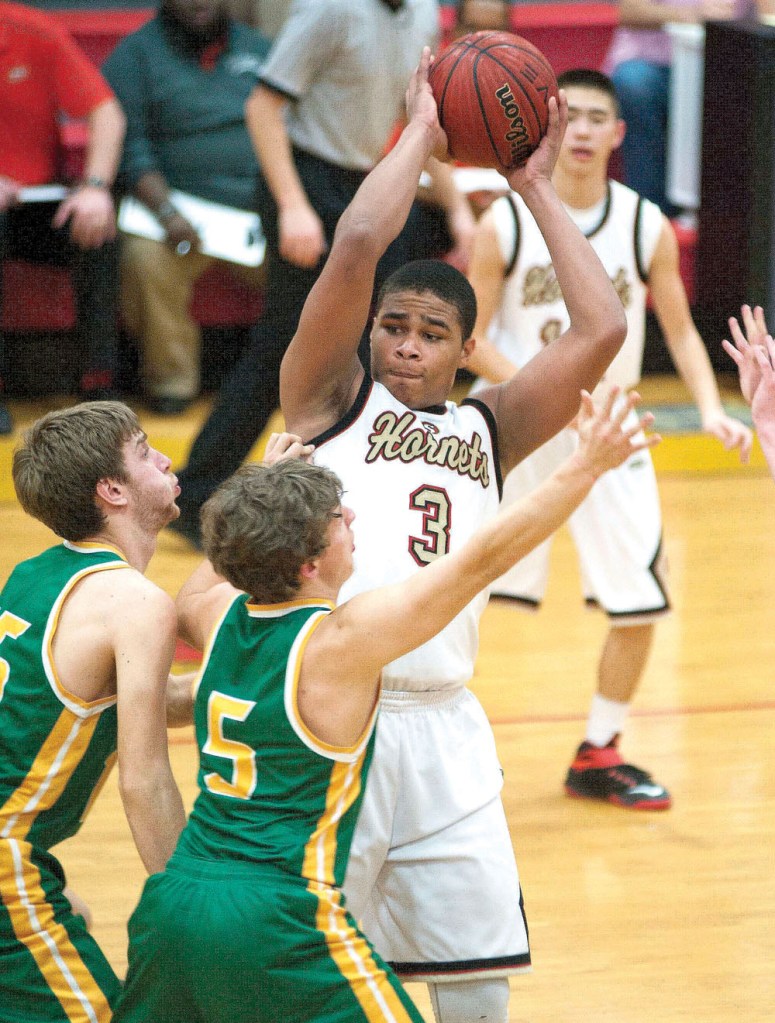 SALISBURY — It was an ugly start Tuesday for the Salisbury Hornets. They were whistled for three fouls and had two turnovers before even attempting a shot on West Davidson. By the end of the game, the result was not in question.

Salisbury held West Davidson scoreless for more than five minutes in the fourth quarter as it churned out a 14-0 run. The game ended with a 66-43 victory for Salisbury.

“If you’re going to do one, I guess you want to make your strongest run last,” Salisbury head coach Jason Causby said. “We’ve had slow starts lately, and we have to figure that out.

“…It’d be good to start a game [fast] and play a complete game.”

The Hornets (15-8, 5-4 CCC) have only one game left on the regular-season schedule, a Central Carolina Conference showdown with North Rowan. Salisbury can finish no higher than third place regardless of the outcome of Friday’s game.

“We knew coming into the season, Lexington and North were going to be good and we hoped to compete with those guys,” Causby said. “Those guys are more experienced than us as far as big games.

“This is when the rubber meets the road. Friday is going to be a good litmus test.”

Tre Oats was the catalyst for a comeback later in the period by scoring six straight points for Salisbury while it ended the quarter on an 11-6 run.

A tip-in by D.J. Alexander off a Shaleek Williams miss with 2 minutes, 23 seconds left in the second quarter gave Salisbury a 22-21 lead. The Hornets did not trail the rest of the way.

DeShawn Troutman, who had two fouls in the first two minutes of the game, drew a foul on West Davidson’s T.J. Eller when he scored a fastbreak layup with 22 seconds left in the second quarter. Troutman missed the free throw, and the Hornets went to the locker room up 28-23.

Oats made a pair of hustle plays in the third quarter that allowed Salisbury to continue to pull away. He jumped out of bounds to save the ball and flipped it back to Wes Fazia under the goal for an easy layup. The score was 33-27 in favor of Salisbury with 5:11 left in the third.

Later he blocked a shot, and the ball found its way to D.J. Alexander. Alexander’s threw a long outlet pass to Troutman, who took it to the hoop against three West Davidson defenders. That made it a 43-33 game at the 1:4 mark in the quarter.

Salisbury went on a 16-2 run at the start of the fourth quarter to seal the win.