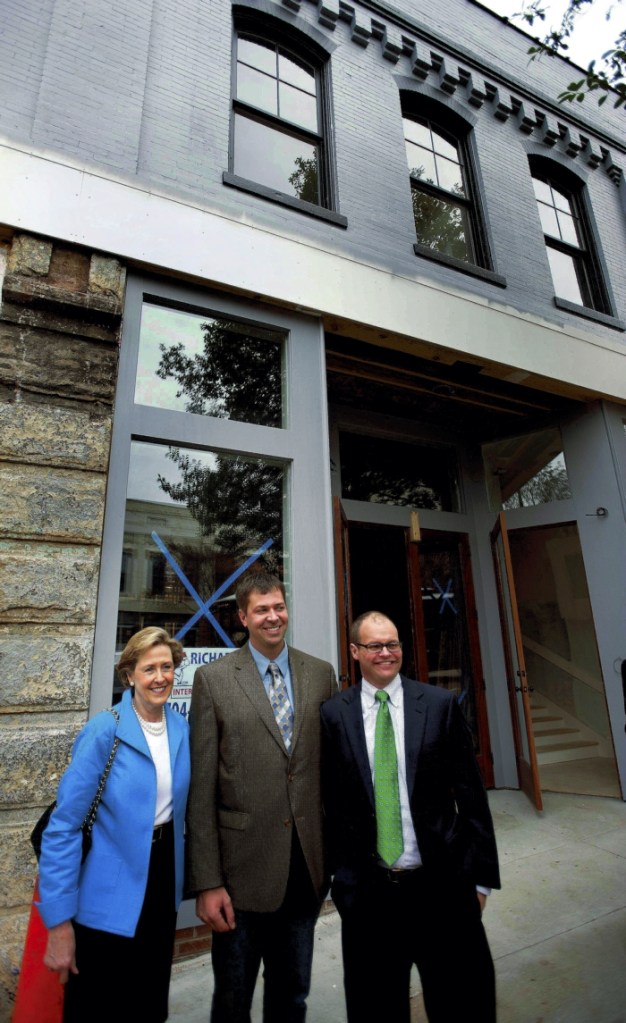 Former Salisbury Mayor Susan Kluttz may be tweeting to the choir when she sends out Twitter messages promoting historic preservation tax credits, especially in a city as preservation-conscious as Salisbury.

But Kluttz, now secretary of the N.C. Department of Cultural Resources, is determined to spread the message that the General Assembly needs to restore these powerful incentives to save the state’s historic structures. She’s visiting every town to which she is invited and tapping every medium.

On Monday, Kluttz and her boss, Gov. Pat McCrory, took a trolley ride around Salisbury to see recent projects benefitting from the historic tax credits, which ended on Dec. 31. They looked at the transformation of the former Bernhardt Hardware store downtown into a restaurant and apartments, and they got an update on the dramatic restoration of the once burned-out Blackmer-Dixon House on South Fulton Street.

In a visit with the Post’s Editorial Board, Kluttz and members of her team addressed arguments against the historic preservation tax credits.

No project is considered for historic tax credits without first earning a spot on the National Register of Historic Places, which is not easy.

The tax credit proposal being drawn up will apply only to some parts of residential restoration, such as the exterior, Kluttz said. A kitchen renovation, for example, would not be eligible.

• The legislature wants to do away with tax credits and incentives. Why should these credits be any different?

Kluttz says historic tax credits are an investment in what we already have in North Carolina.

• How about grants instead?

Grant programs create winners and losers; someone with a viable project could be left out. Also, tax credits come at the end of a project. Grants are given up front; if a project does not get finished, the state has to get the money back.

• If preservation is so important to municipalities and counties, why don’t they provide incentives?

Many cannot afford to give incentives; this is one way the state can help rural North Carolina. Besides, historic structures around the state tell the North Carolina story.

Historic tax credits have spurred millions of dollars in investment in Rowan County and some $1.5 billion in the state. You can help Kluttz and McCrory keep this part of our economic engine going by signing a petition online at www.historictaxcredits.org. And contact your legislators. This form of economic development is too important to fade into history.

Editorial: It was more than a game