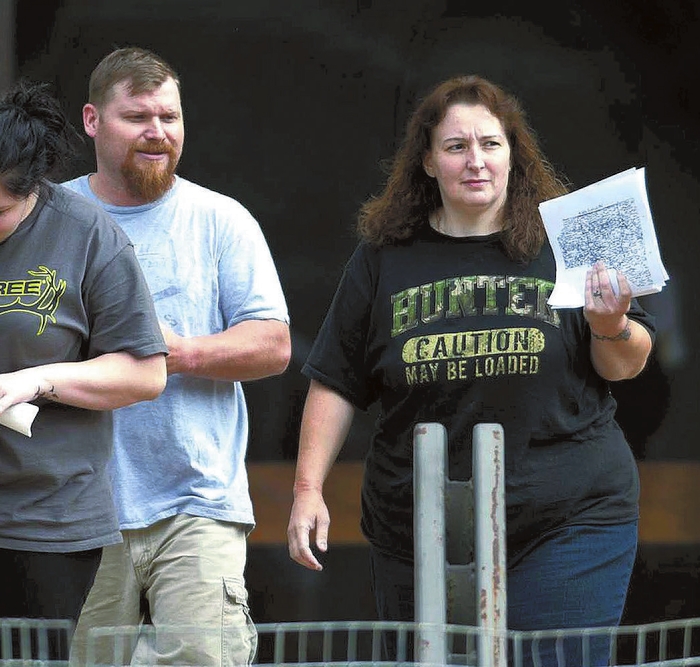 Though her sentencing was originally scheduled for today, a judge has granted a request for Casey Parsons, the adoptive mother of missing teen Erica Parsons, to be sentenced Feb. 18 in federal court alongside husband Sandy.

The pair were convicted of committing fraud and were initially scheduled to be sentenced separately — Casey today and Sandy next week. Sandy and Casey were arrested in July on a 76-count indictment that included mail fraud, tax fraud and identity theft. Court documents said the couple continued to receive adoption and health care benefits for Erica, who had not been living with them.

Erica had not been seen in nearly two years prior to law enforcement becoming involved and opening an investigation into her disappearance. No one had seen the teen since November 2011, but she was reported missing in July 2013.

The couple’s biological son, Jamie, told Rowan County Sheriff’s Office investigators he had not seen his sister in some time and initially pointed the finger at his parents, alleging they were responsible for her disappearance.

Casey and Sandy maintain they allowed Erica to leave their home and live with a woman who claimed to be Erica’s biological grandmother, Irene “Nan” Goodman. The Parsonses have said the woman they knew as Nan lived in Asheville, and Erica was with her.

Investigators and members of the Goodman family have said all along Irene Goodman does not exist. The Parsonses have not been charged in Erica’s disappearance. They are, however, facing prison time once sentenced on the fraud charges.

The request came Jan. 30 from Assistant U.S. Attorney Anand Ramaswamy, who asked for the date change because the government, “intends to call the same witnesses who will testify to the same issues,” documents said.

The documents go on to say two witnesses are from outside of North Carolina and having the sentencing on the same day would be most efficient. The Parsonses have separate attorneys, who have agreed to the request.

A $50,000 reward is still in place for information about the disappearance of Erica Lynn Parsons. Anyone with information is asked to contact the Rowan County Sheriff’s Office, 1st. Lt. Chad Moose at 704-216-8687 or Investigator Sara Benfield at 704-216-8739.