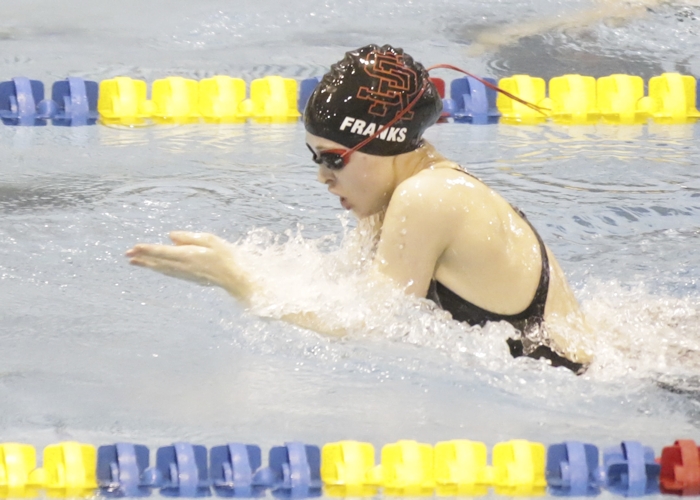 The Post's Athlete of the Week, Leslie Franks

Franks scored 34 points for South Rowan in her individual events and contributed to 62 points in the two relays.

Earlier this season,  Franks set school records in the 50 and 100 freestyle in the SPC Championships and she led the Raiders to a championship in the Rowan County Meet.

Franks moves on to compete in four events in the 3A State Championships in Cary on Thursday.