Yesterday: a 1988 reunion at Cooleemee Plantation 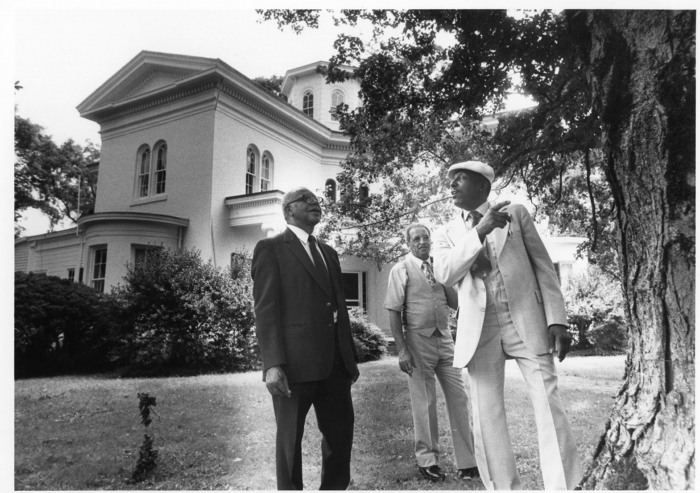 This Wayne Hinshaw photograph from the Salisbury Post files shows, left to right, cousins Squire Hairston of Petersville,  Collie Hairston of Camden, N.J., and Verdeen Hairston of Lexington remembering how they used to rake leaves dropped from the huge maple in front of the house at Cooleemee Plantation. The cousins visited the plantation in August 1988 when white and black branches of the Hairston family celebrated Cooleemee Plantation’s designation as a national historic landmark. The cousins’ grandfather had been a slave on the plantation, located in Davie County, and Squire Hairston once headed a 3,000-member National Hairston Clan that was descended from slaves. The plantation encompasses some 1,900 acres along the Yadkin River, and in 1997, former Judge Peter Hairston donated a conservation easement to the LandTrust for Central North Carolina to permanently limit the use of the property and protect its conservation value. The Italianate manor house dates back to 1853-55.