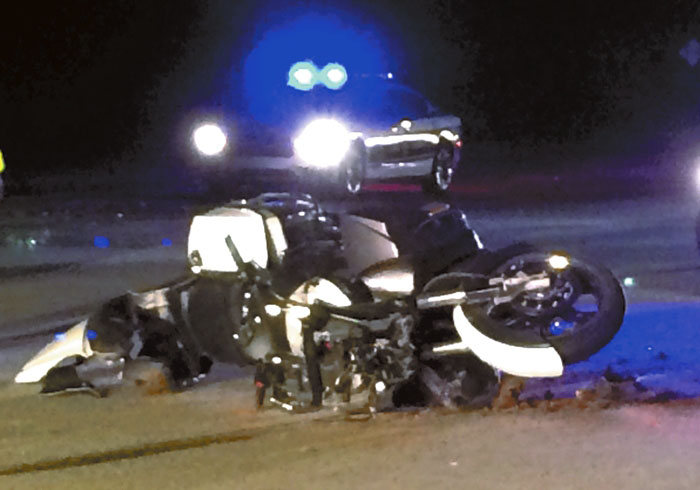 A motorcyclist died after hitting the median guardrail on I-85 Sunday afternoon. Jeanie Groh / Salisbury Post.

A Winston-Salem man died after he lost control of his motorcycle on Interstate 85 Sunday evening.

Antonio Ray Williams, 45, was traveling northbound near Webb Road at 5:56 p.m. when he ran off the left side of the road and collided with the median guardrail. He was ejected from the motorcycle, which came to rest in the travel lane of Interstate 85. No other vehicles were involved in the accident.

Williams died as he was transported to Rowan Medical Center, where he was going to be airlifted to Wake Forest Baptist Medical Center.

Faith Board of Aldermen to meet Tuesday