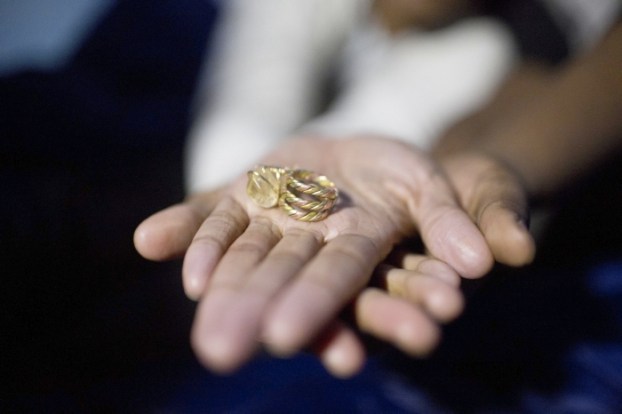 Ahead of Russian-Ukrainian talks in Minsk on Wednesday, the U.S. and its NATO allies want to show unity over their support for Kiev.

The turmoil, only three years after similar violence killed 74 people, began ahead of a match east of Cairo and raises further questions about security forces’ policing of crowds and protesters.

Winter-weary northeast braces for another round of snow, with Boston in the crosshairs for up to two feet.

Comparisons between the former Florida governor and the 2012 GOP candidate are meant to prevent him from defining himself as a reformer.

The 22-year-old British soul singer sweeps the music awards with three big wins for song and record of the year as well as best new artist. Beck’s “Morning Phase” is crowned best album.

6. WHICH STATE IS SET TO ALLOW GAYS TO MARRY

Alabama will become the 37th to allow same-sex couples to wed as a federal judge’s order overturning its ban on gay marriage goes into effect.

7. FAMILY AWAITS WORD ON HOSTAGE HELD BY THE ISLAMIC STATE

The parents of American aid worker Kayla Jean Mueller cling to hope that she is alive, days after the militant group said she died in a Jordanian airstrike.

8. WHO IS SPENDING A LOT OF MONEY ON CAMPAIGNS

Some of the candidates running for office themselves are putting up millions of their own money to fund their quest for a political post.

The U.S. and international human rights groups says the charges against Anwar Ibrahim, who had already been imprisoned once in the past decade, are politically motivated.

10. WHY HOMELAND SECURITY SPENDING HANGS IN THE BALANCE

The department’s budget will freeze by Feb. 27 if Congress doesn’t come to an agreement over immigration matters in its annual funding bill.

Rowan weather: Warm weekend will make up for cold start