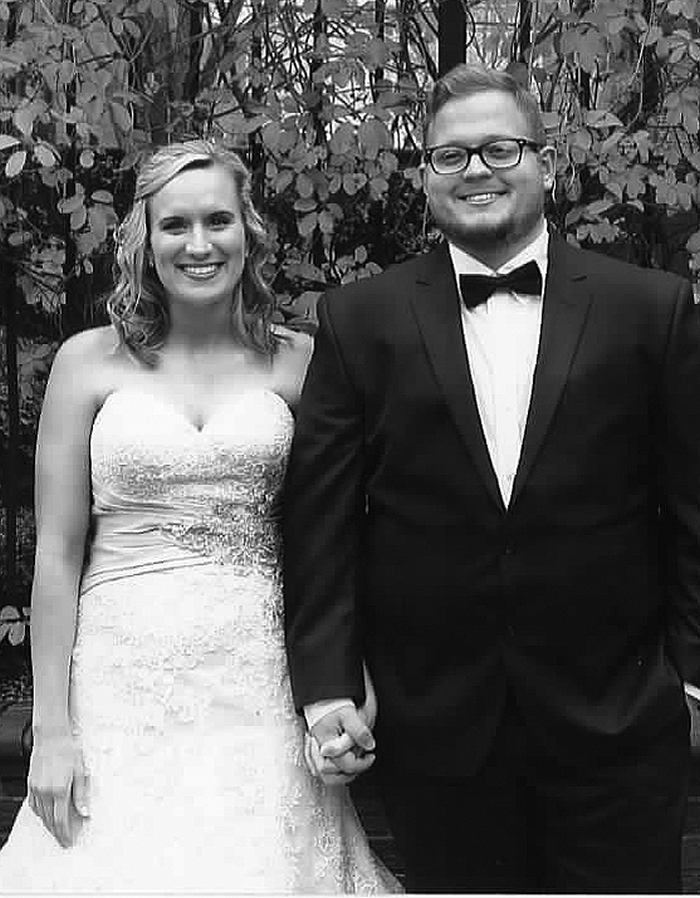 ROCKWELL – Heather Wensil and Austin Jeffrey Venrick were married Dec. 20, 2014, at St. James Lutheran Church. The  Rev. Craig Sigmon officiated the 5 p.m. ceremony, which was followed by a reception at the F&M Trolley Barn.
The bride was escorted by her father and attended by her sister Taylor Honeycutt as maid of honor. Serving as bridesmaids were Hannah Efird, Ashleigh Lambert, Kristi Foster Miller, Christina Page, Kristina Beamon and Ally Black.
Kyle Venrick of Rockwell, brother of the groom, was best man. Groomsmen included Travis Barefoot, Chris “Beefcake” Connell, Hunter Barrier, Alan Stoner, Austin Barefoot, Steven Hopkins and Brendon Bryant.
Harper Raye Davis was flower girl, and Brock Griffin Maynard Jr. served as ring bearer. Guest registrars were Shalea Vanhoose and Kaitlyn Vanhoose.
The bride is the daughter of Rick Wensil of Salisbury and Lisa and Eddie Honeycutt of Rockwell; and the granddaughter of Bobby and Sue Black of Rockwell and Tommy and Shirley Wensil of Kannapolis. A 2004 graduate of East Rowan High School, she earned a degree in Exercise and Sport Science from the University of North Carolina Chapel Hill in 2008. While a student at Vanderbilt University for Family Nurse Practitioner, she is employed by Frye Regional Medical Center.
The groom is the son of Wally and Ann Eidson of Rockwell and the grandson of the late Helen Raye Talbert and Hoyle “Shotgun” Talbert of Rockwell, and Phyllis Venrick of Sanford. A 2007 graduate of East Rowan High, he earned a degree in English with a secondary in Education from Appalachian State University in 2012. He teaches and coaches soccer at Lincolnton High School.
Following a wedding trip to London and Paris, the couple are living in Hickory.