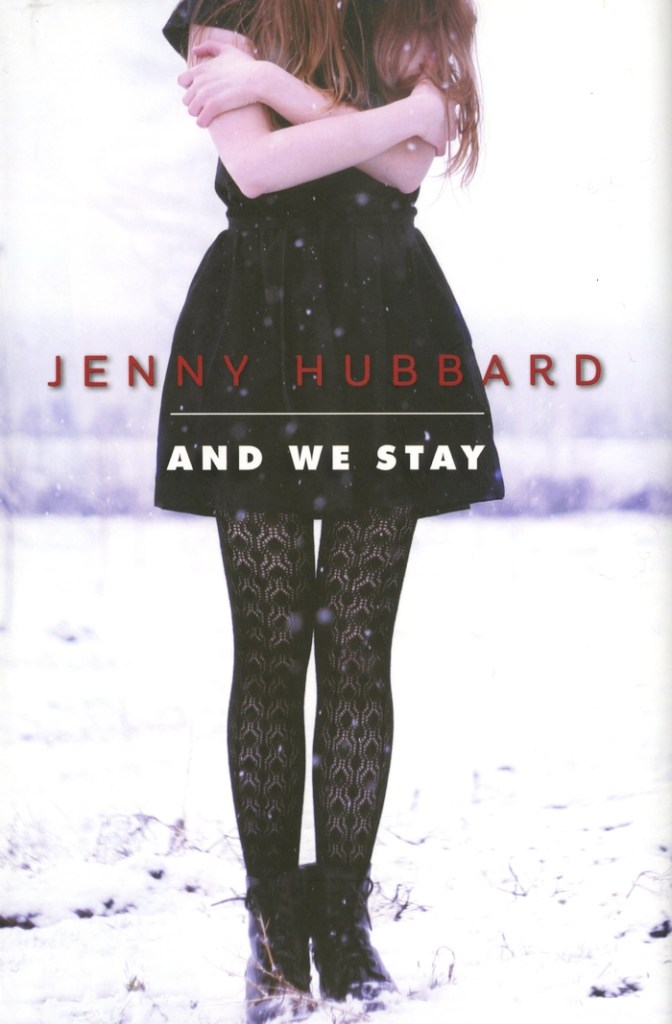 Jenny Hubbard's book "And We Stay' is a Printz honor book.

Jennifer Hubbard’s book, “And We Stay” was named a Printz Honor Book, given each year by the American Library Association, honors the best book written for teens based on its literary merit.

And the Printze Committee names up to four honor books.

You may recognize some of the other authors who have been honored, Marcus Zusak of “The Book Thief” and John Green, Terry Pratchett, Rainbow Rowell.

Hubbard is thrilled. “It’s like being nominated for an Oscar. It is basically the Newbery award for teen writing.” The Newbery is a prestigious award for children’s books.

Hubbard loves it because she’s an avid advocate for libraries and this is a library award. It means more libraries will add it and teachers can teach it in schools. Hubbard is a former prep school teacher.

It’s great news, but a little daunting at the same time. She’s working on her third book and up until she received the award, she had a screaming deadline coming her way.

“I need to think about making this third book pretty darn dazzling, but I just bought myself a little time.”

The honor also means the publisher will promote the book again. “They’re flying me and Steve (Cobb, her husband) to San Francisco in June to the annual American Library Association conference, and there’s a big panel discussion with all the nominees, then a reception for us where we meet and thank the committee of librarians who named the books.”

Random House, her publisher, will focus new marketing on schools and libraries. “There’s nothing I’d like more than for this book to be taught in high schools, maybe along with Emily Dickinson.”

Hubbard knows her publisher knows she’s not a commercial writer but a literary young adult writer and she’s comfortable with that.

The Printz awards have a sticker, just as the Newberry awards, that goes on the chosen books. The paperback of “And We Stay” was due out in October, which seemed late in the year for any chance of teaching it in school. Now it’s been moved up to May, and the image of the girl standing in the snow will be shifted to the right to make room for the sticker.

Hubbard is a silver medal winner. The gold medal winner will be “inundated with requests and her life will not be her own for a while.” Silver is good. “You know how all those actors and actresses say ‘It’s just an honor to be nominated.’? I have a new appreciation for that.”