Wayne Hinshaw: All cameras are right-handed 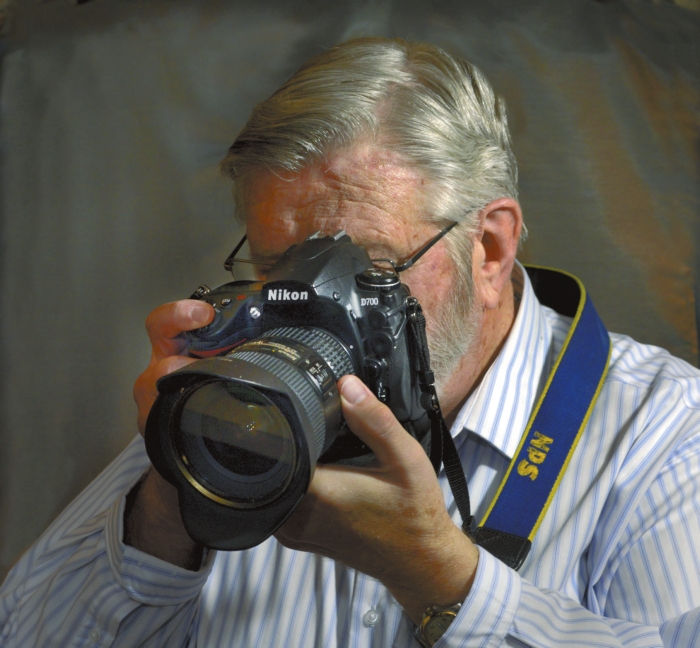 All cameras are right handed. Being left handed, I have to use a right handed camera and my "left eye" on the viewfiner as shown.This smashes my nose into the back of the camera. Only about 10 % of the people write with their left hands. Lefies have all sorts of problems adapting to the right handed world and tools. photo by Wayne Hinshaw for the Salisbury Post

Maybe you have never thought about it, but all cameras are for the right-handed.

The shutter release button that you push to take a photo is on the right on top of the camera. Today’s cameras, and cameras throughout history, are right-handed.

I remember seeing a test camera in a museum, made in the 1950s, for the left handed, but it was a financial failure, so it has not been tried again.

Not only are we left- or right-handed, we are left or right “eyed.” Most lefties have a left eye dominant and righties have a right eye dominant. That would be the eye you would look through when aiming a gun. Cameras are made for the right-eyed photographer so that when you place your eye to the viewfinder, your nose hangs off the left of the camera. I am left-dominant-eyed. When I look through the viewfinder with my left eye, it mashes my nose into the center back of my camera and smears the rear screen with “nose grease.” Outside in the cold, my warm breath moves from my nose up the camera and fogs the viewfinder or forms moisture on the back of the camera. This doesn’t happen using your right eye.

You can order left-handed kitchen tools, golf clubs, guitars, baseball gloves, scissors, and even lefty-ruled notebooks, but not cameras.

In 1998, Nikon made a left-handed F100 film camera for beta testing purposes. All the controls were reversed from what you see now. They gave it to lefty Ken Rockwell to use and test it out. Nikon then decided not to pursue the lefty camera. It was a “make one and done” deal. I doubt that financially it would have been successful to market. I’m afraid that I have used righty cameras so long, and have adapted so well, that I would not have purchased one myself.

Sylvia Cacciatore, a Florida photographer, has started a petition for Canon to consider designing and producing a camera for left-handed people. Cacciatore has a brachial plexus injury from birth leaving her right arm and hand not fully developed.

She can’t operate her right-handed camera shutter and settings buttons and hold the camera. She cannot work the controls quickly and misses many photos using only a left hand. Wanting to pursue photography as a professional career, Cacciatore made contact with the Canon Co. with her request. They suggested she use one of their non-professional cameras, which greatly upset her. She has continued her online petition for Canon.

Supposedly, some lefties use their righty cameras upside down to get the shutter button on the left. I have never seen this, and I certainly find that even more awkward than using my right hand.

With so many military veterans coming home from war missing limbs, maybe there is a bigger need for the lefty cameras than I first thought.