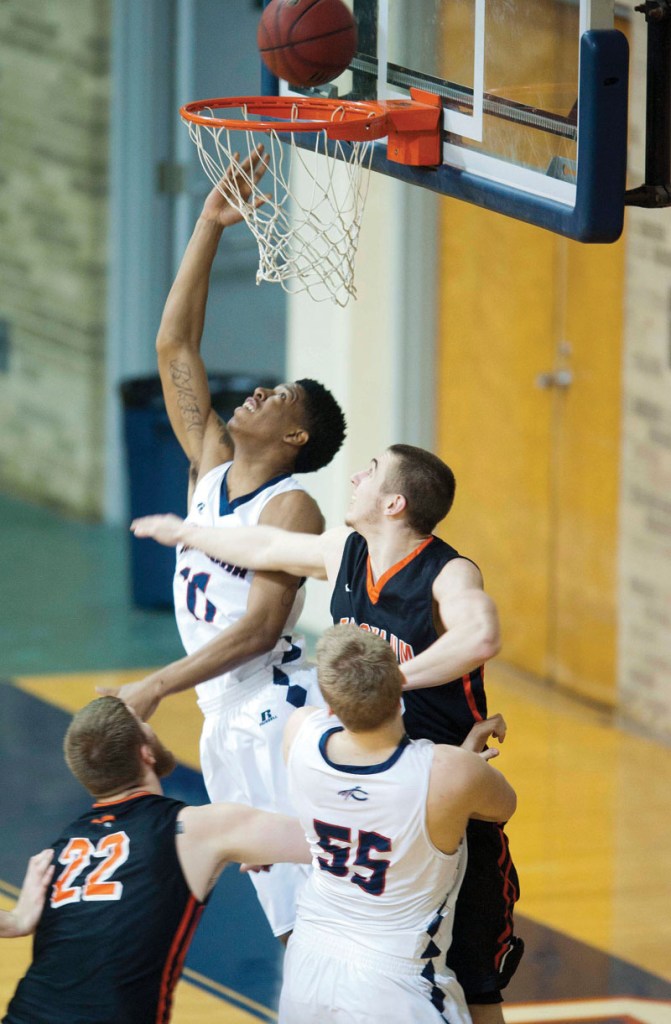 “People get their money’s worth,” Perron said. “Our last four games were decided by a total of seven points.”

Catawba is 2-2 in those four. The latest installment in the “As the Indians Turn” soap opera unfolded Saturday. Catawba beat Tusculum 75-74. Both teams were long on guts but short on healthy bodies. It wasn’t decided until Catawba big man Troy Warren rejected a Tusculum stickback with in the final seconds of the game.

“Next man up” is a familiar mantra in sports because guys get hurt, but Catawba is accumulating injuries like a football squad. K.J. “Swish” Arrington, a sure All-SAC player, sustained a foot injury Wednesday. Guard Ben Sealey tried to go Saturday but is hurting. Sealey became the starting point due to a season-ending injury to talented Rakeen “Rock” Brown.

“I don’t even know if we’ve got another man to be up,” Perron said “It felt like we were playing hockey, and we were a man down, trying to stop a power play. But guys came through. One guy would carry us. Then he’d pass the torch to the next guy.”

Morrison managed 12 points, including a smashing early dunk. Jameel Taylor, a tough swingman who is still in one piece, was outstanding with 6-for-7 shooting for 17 points. Throw in nine points from Warren and toughness from Vismantas Marijosius, and it was just enough.

“We’re two point guards down and we had our best scorer out,” Sampah said. “Getting this win says a lot about this team. Everyone had to contribute, and we definitely did that tonight.”

“We’re not as talented as some, but I really like my team and the way it competes,” Tusculum coach Michael Jones said. “Several times we could’ve rolled over, but we always made a big shot and stayed in it.”

Catawba led by nine with 3:46 remaining, but a Price 3-pointer ignited a charge by the Pioneers.

Fagan made two free throws with 44 seconds left to pull Tusculum within 75-7. When Price swiped a pass by Warren with 28 seconds remaining, Tusculum had a chance to win on its final possession.

With four seconds left, Shown missed a 17-footer over Marijosius. Price raced in for the rebound, but when Warren slapped away his stickback, the Indians were winners.