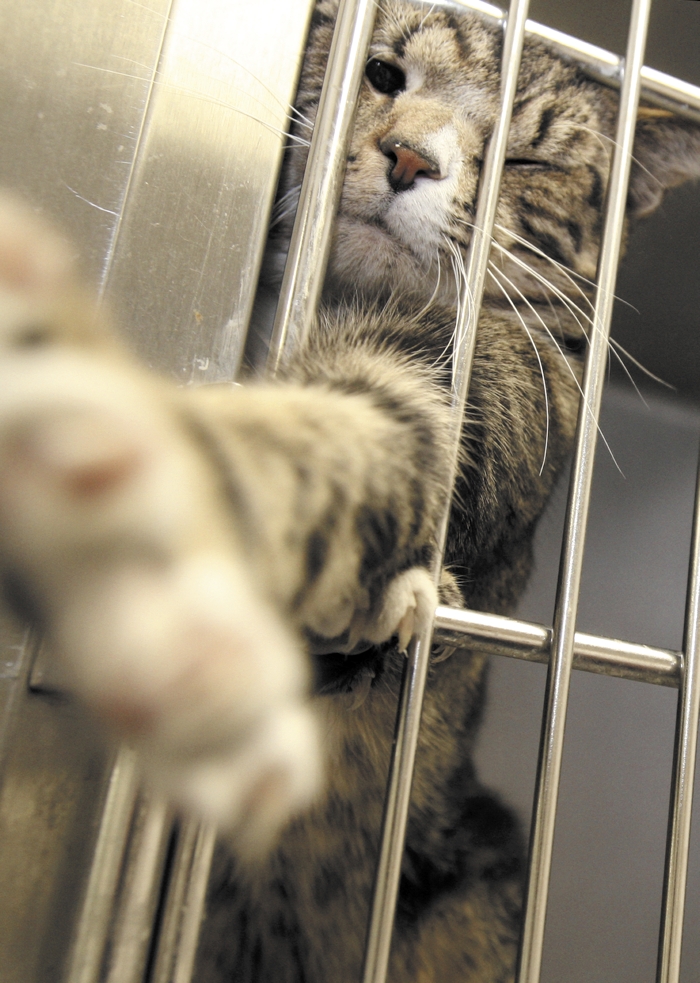 In its shortest meeting since November’s election, county commissioners on Thursday approved a final construction agreement for an expansion of the Rowan County Animal Shelter that’s larger and valued at more money than originally proposed.

The contract, approved unanimously, was for an $832,000 expansion that would be built at no cost to the county. It was originally estimated to be a $500,000 project, to add a feline wing to Rowan’s animal shelter. Winston-Salem philanthropist Christine Morykwas would pay for the full cost of the shelter, according to contract documents.

Because commissioners waived any fees associated with building the facility, County Commissioner Craig Pierce said construction could begin as soon as weather permits.

One of the reasons for an increased cost is a meeting room that was added on later into discussions about the addition.

Barbara Hart, who attended Thursday’s meeting and is active in helping with the shelter, had trouble finding words to describe her feelings about the shelter addition.

Pierce said the shelter’s euthanasia rates have also been declining, adoption rates are up and the total number of animals coming into the shelter is decreasing.

Commissioners approved each measure with haste after the retreat, which lasted several hours.

Other items approved Thursday include:

• A temporary amount of county funding for the domestic violence and sexual assault prosecutor:

In a letter to commissioners, county manager Aaron Church wrote that $15,000 would be transferred to help bridge a gap in current grant funds. Church’s letter says the violence and sexual assault prosecutor position will likely end in April because of a lack of funding.

• Termination of a lease for Super Nails at the West End Plaza:

In a letter to commissioners, county manager Church says Super Nails has seen a loss of business at its location. As a result, the owner, Diep Phan, asked Church to terminate the lease early. The termination is effective at the end of February.

• Authorizing the Department of Social Services to apply for the Robertson Foundation Grant for the One Church One Child program:

The program purchases and provides items for free to children and teenagers who are active clients of the Rowan County DSS Children’s Services Division. The total grant amount requested is $23,596.91.

• Adoption of a resolution for the 2015 Hazard Mitigation Plan.

• Selecting April 29, 2015, as a joint retreat date with the Rowan-Salisbury Schools Board of Education:

The retreat would occur at the Catawba College Center for the Environment.

Because of a redesign and other factors, Economic Development Director Robert Van Geons requested a change order that would require Blue Ridge Environmental Consultants to: finalize additional construction plans when needed, prepare bid specifications, administer projects put out to bid and inspect and projects put out to bid.

Blue Ridge Consultants is the firm selected by commissioners to oversee construction of the Gildan road.

• Selecting Falcon Engineering Inc. to replace the Rowan County Courthouse boiler system. The approved measure allows the county to negotiate a contract with the engineering firm.