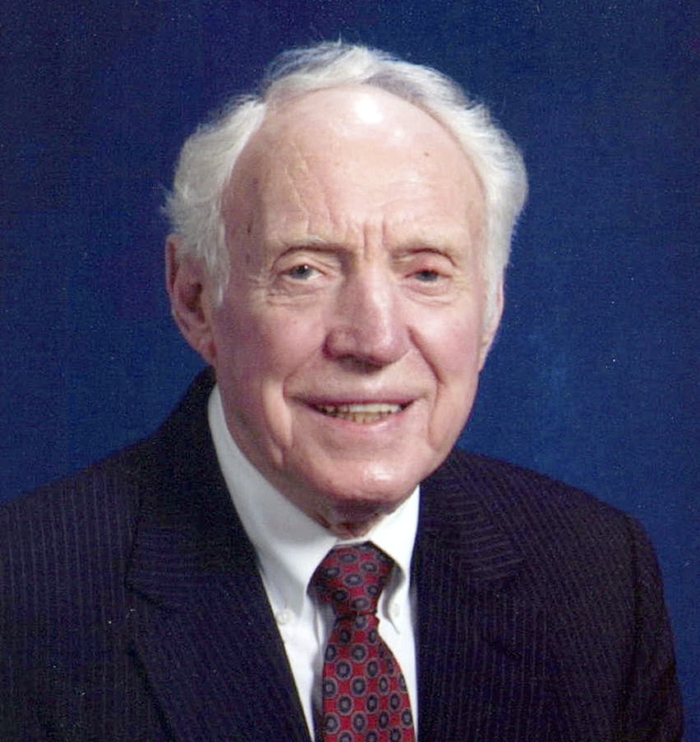 SALISBURY — J.P. Helms always seemed to be on the move, hustling to call on an account, running something by publisher Jim Hurley on the second floor or checking with one of his salesmen on the status of an ad.

His face often appeared red, as though he just finished a lap around the track. Working in the newsroom, I watched the whirlwind who was Helms from a distance and, I hate to say it now, I wish I would have spent more time with him in all those years since he retired as the Salisbury Post’s advertising director in 1988.

J.P. died Tuesday. He was a good man, a patriot, an incredibly loyal employee of the newspaper and a devoted friend to those who knew him well. I have fond memories of a day — many years ago — when J.P. and I were able to sit down and talk about his life and newspaper days.

He grew out of the Depression in Union County. His father had to sell the family farm and went to work for the Hedrick family’s quarry in Lilesville. J.P. told me his father was a country singer, leading to a friendship with Frank Hedrick, who had the same inclinations and had invited J.P.’s dad to farm and work in the ballast pit.

J.P. would graduate from Lilesville High School before moving with his family to Rowan County, where his father had been transferred to run the Hedricks’ 635-acre farm. Helms went to work for Salisbury’s J.C. Penney store before the Army drafted him in 1942.

Helms would never forget that the Penney company sent him $15 a quarter over his 46-month stay in the Army. At first, it looked as though Helms would avoid most of the fighting, but he was shipped overseas around D-Day, and he ended up being wounded during the Battle of the Bulge.

He received a Purple Heart and three Bronze Service Stars, according to the discharge papers that are still in his file at the Post. After the war ended and Helms was discharged in 1946, he returned to his job at Penney’s, where Post Advertising Director Palmer Laughridge became acquainted with him.

By 1949, J.P. said, Laughridge offered him $35 a week to work for the Post, but Helms said no thanks, because that’s what Penney’s was paying him.

Laughridge increased the offer to $42 a week and landed J.P. immediately, starting Helms’ 39-year career at the newspaper that was incredibly productive and successful.

After Helms took over the ad director’s duties from Laughridge in 1968, he grew the advertising arm of the newspaper from six employees to 17, as both sales and revenues expanded during a profitable time for newspapers.

As we talked long ago, Helms described all the shoe leather he and the other salesmen wore out calling on accounts in the little towns all over the county. Leading into Christmas, he added, the advertising staff had to call on every business in Salisbury, whether they were customers or not, to see if they wanted to participate in the “Christmas Greetings” promotion.

“We sold a lot of Christmas greetings,” he said. “They would be anywhere from 2 inches up to full pages sometimes.”

When Helms became ad director, he probably overworked himself, but he held on to several of his accounts because he felt he needed to be outside the office. “Then I would know what’s going on,” he said.

As much time as he put into the newspaper, J.P. also devoted his life to family, church, civic organizations and carpentry. I remember he owned a rental property or two, which made sense because Helms was handy with a hammer.

For a time, Helms and Haden Hurley, whose family owned the Post at the time, became partners in a side business that sold outdoor playhouses, modeled on the one J.P. had built for a daughter.

They rented out a building, constructed 10 of the playhouses  to sell and ran regular advertisements in the newspaper. J.P. laughed, recalling how it took a year until they finally sold all 10.

But Helms kept building playhouses for several more years, depending mostly on word of mouth and people stopping by his house because they had seen the playhouse in the yard. At first, he was charging $139 per playhouse and had about $100 in materials invested into each one.

He figured he was making $1.50 an hour per model. Helms ended up making close to 300 of the playhouses, and I think he took a lot of pride in seeing them survive and last for years in the backyards of people’s homes.

Helms built many other things — cutting boards, sleds and birdhouses, besides adding a room to his house, turning a carport into a family room, constructing a brick fireplace and laying a patio and wall.

He called himself a jackleg carpenter until he enrolled in a woodworking course at Rowan-Cabarrus Community College, learned how to run a lathe and built his first grandchild a beautiful heirloom crib in 1987.

Gordon Hurley once told me Helms had a great way of dealing with his employees in the ad department. “I know a couple of times people did things that, as laid back as I am, I would have fired them for it,” Hurley said. “He worked with them and worked right through it.”

It was clear to anyone who knew J.P. Helms that he measured his life by more than shoe leather and playhouses. Again, I should have spent more time with him.