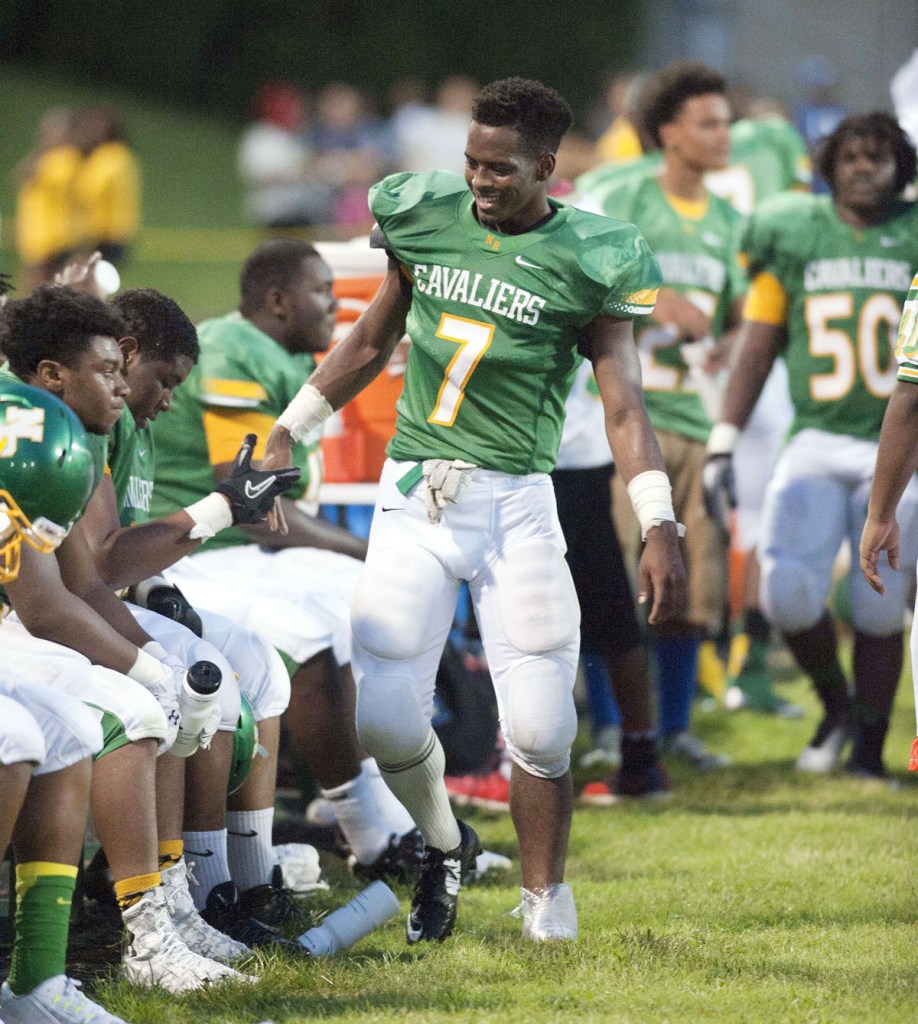 Salisbury post file photo North Rowan's Jareke Chambers (7) on the sidelines with teammates while nursing an injury in the Cavaliers' season opener against East Rowan. Chambers signed a National Letter of Intent to attend Hampton University on a football scholarship on Wednesday.

North Rowan running back JaReke Chambers signed a National Letter of Intent on Wednesday to play football at Hampton University. Chambers put his name on the dotted line to attend the Football Championship Subdivision school after taking an official visit to the small school on the coast of Virginia.

Head coach Connell Maynor led Hampton, a historically black university on the waters of the Hampton River, to a 3-9 overall record and a 2-6 record in the MEAC. Chambers chose the Pirates over North Carolina A&T and N.C. Central, which also compete in the MEAC.

Five players from North Carolina were a part of the Pirates’ 19-man recruiting class.

Chambers had a slight step back from his junior to senior year. After running for 2,018 yards and 28 touchdowns as a junior in 2013, he went for 1,581 yards and 17 rushing scores as a senior in 2014. He also caught 14 passes for 181 yards and three touchdowns in his final campaign in a Cavaliers uniform.

Chambers’ name is at the top of the North Rowan record books in two categories. His 4,769 yards rushing is the most in a career as are his 71 total touchdowns.

He played in the Shrine Bowl of the Carolinas in December 2014, where he was used primarily as a return man.

“Everybody is happy for JaReke and his family,” Nixon said. “Anytime you get the opportunity to go to school and get an education and play football, it’s a good thing.

“…The most important thing we want for him is to have a college experience and to get a degree.”