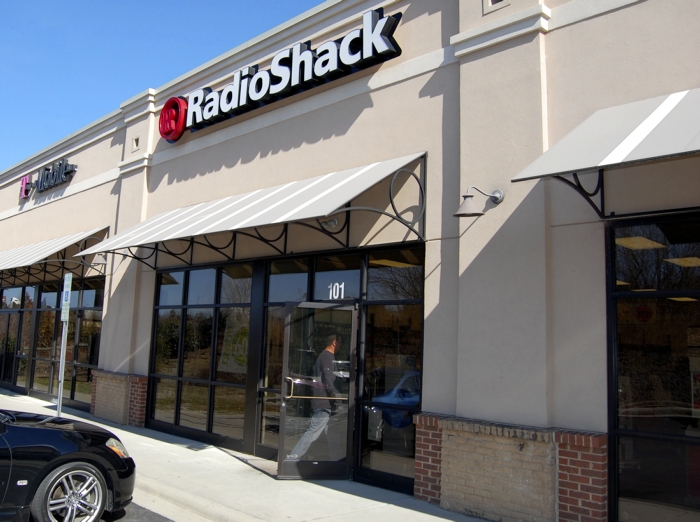 A man walks into the RadioShack off E. Innes Street in Salisbury Tuesday. The future of the company is in doubt after reports that Amazon and Sprint are in talks with RadioShack to buy some of its locations.

It’s unclear if or when Salisbury’s RadioShack will close, according to a store employee.

Bloomberg reported Monday that Amazon is in talks to buy some RadioShack locations. RadioShack Corp., the electronics retail chain that’s been struggling for years, appears to be heading toward bankruptcy, according to numerous reports.

Bloomberg also reported that Sprint could end up buying half of RadioShack’s 4,000 U.S. locations.

The RadioShack in Salisbury is located in a small plaza, along with a T-Mobile store and a FedEx Office, tucked away off E. Innes Street near IHOP. There used to be one in the former Salisbury Mall, too.

An employee at the store told the Post on Tuesday he didn’t know if the store is closing and said he’s only heard “rumors.” A clearance sign hung in the window.

Bob Campbell stopped by the store looking for the right power source for his computer. He said he normally goes to Walmart for electronics and that it doesn’t matter to him if the store closes.

RadioShack has seen its sales decline for years due to shoppers flocking to places like Walmart. And the rise of online retail has also hurt the company.

If the RadioShack in Salisbury closes, it would mark a further erosion of places to buy technology in Rowan County. Circuit City closed in 2009, and Office Depot drastically reduced the size of its store here in 2013.

The New York Stock Exchange suspended trading of RadioShack stock on Monday because the company said it would not submit a business plan to address it’s noncompliance with the stock exchange’s standards.

Shares of RadioShack stock were trading at 24 cents at the end of the day Monday.

RadioShack also has locations in Mooresville, Lexington and Kannapolis.