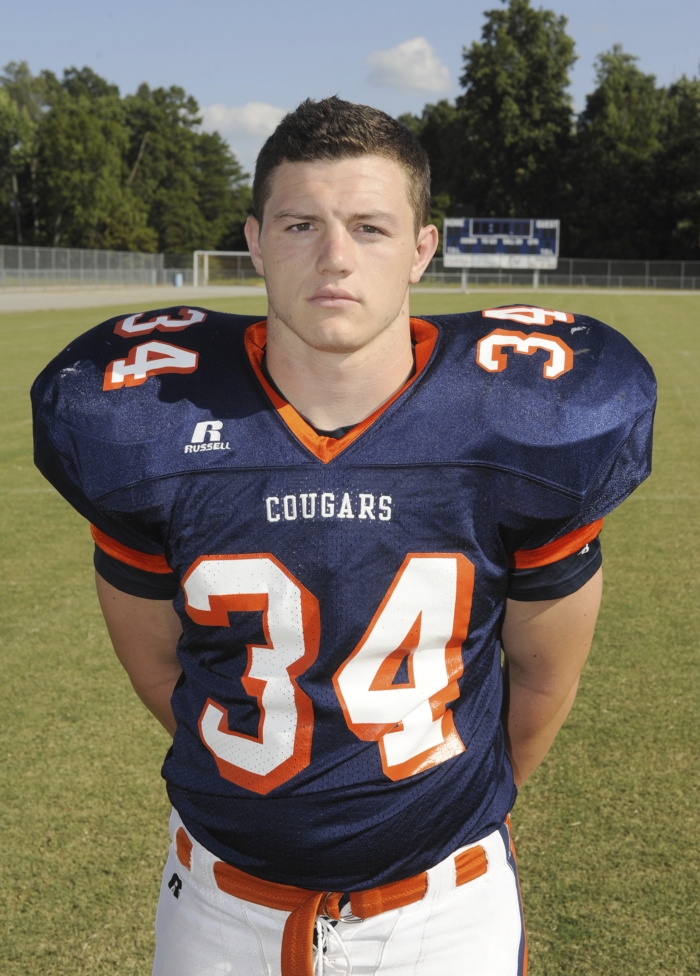 Carson senior Brandon Sloop is the Post’s Athlete of the Week.

Sloop was named the Most Outstanding Wrestler of the South Piedmont Conference Tournament that was hosted by Carson on Saturday. Sloop was 3-0 in the event and had two pins on his way to the individual championship at 170 pounds.

Sloop helped Carson tie for the team championship in the tournament with East Rowan.

Carson also  tied for first place in the regular season standings with East Rowan and is the SPC’s No. 2 seed for the dual team state playoffs. Carson hosts first and second round matches on Tuesday.

Sloop wrestled at 160 pounds as a junior and placed third in the 3A state tournament.

Sloop also stands out for the Cougars in baseball and football. He ranks second all-time at Carson in rushing yards and scored 41 touchdowns.