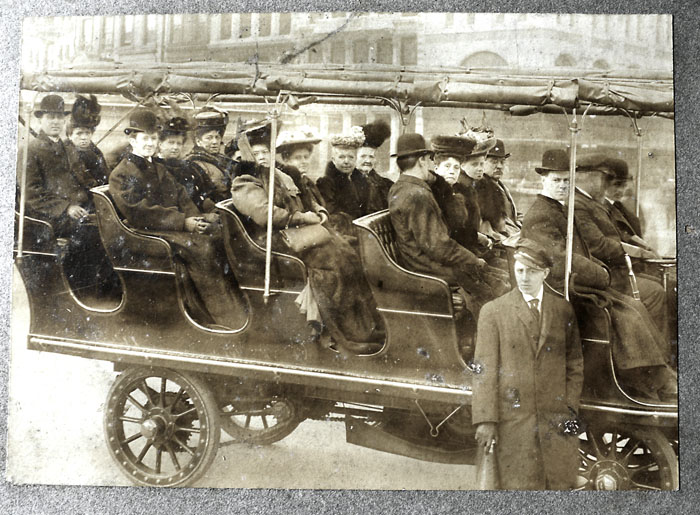 Ray Barber, who puts in a lot of volunteer time with Historic Salisbury Foundation, came across this photograph in a box of items donated by relatives of the Hall House family. The foundation owns the Hall House museum on South Jackson Street. Barber doesn’t know who the people are in the photo, but on the back, it says it was taken Tuesday, Nov. 27, 1906, in New York City by the Hill Brothers Sight Seeing Company. Barber thinks it’s likely that some of the folks in this sight-seeing bus of the day probably were members of the Hall family of Salisbury. ‘It is a neat old photo with the clothes they are wearing and everyone, men and women, have on their hats in the sight-seeing bus,’ photographer Wayne Hinshaw adds. ‘The bus has small, solid, rubber tires and appears to be a chain-driven vehicle. The steering-wheel shaft on the far right of the photo looks like it goes straight down. The bus has drop curtains, or flaps, on the side for bad weather.’