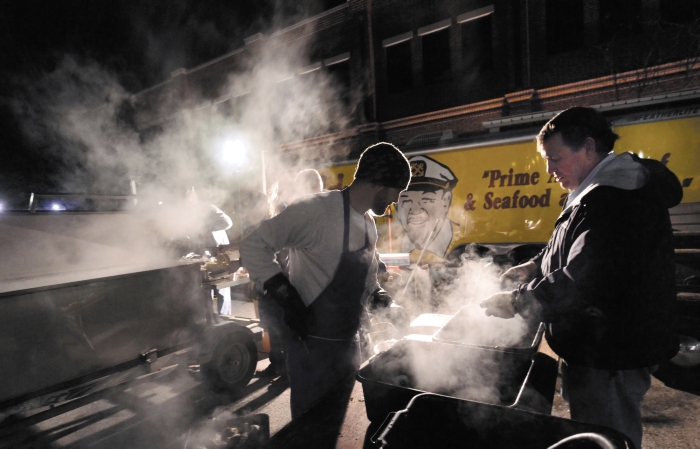 Freddie Landcaster on the right is the owner of Big Daddy’s of Lake Norman who provided 70 bushels of oysters for the Waterworks 10th Anniversary Oyster Roast. Photo by Wayne Hinshaw for the Salisbury Post

About 400 people showed up for the 10th annual Oyster Roast, a major fundraiser whose proceeds go to the gallery’s education and outreach programs.

Among them were many who’ve made the event a regular outing — some of whom even bring their own oyster knives.

Held at the F&M Trolley Barn next to Waterworks, the evening offered music, dancing — and a bunch of oysters.