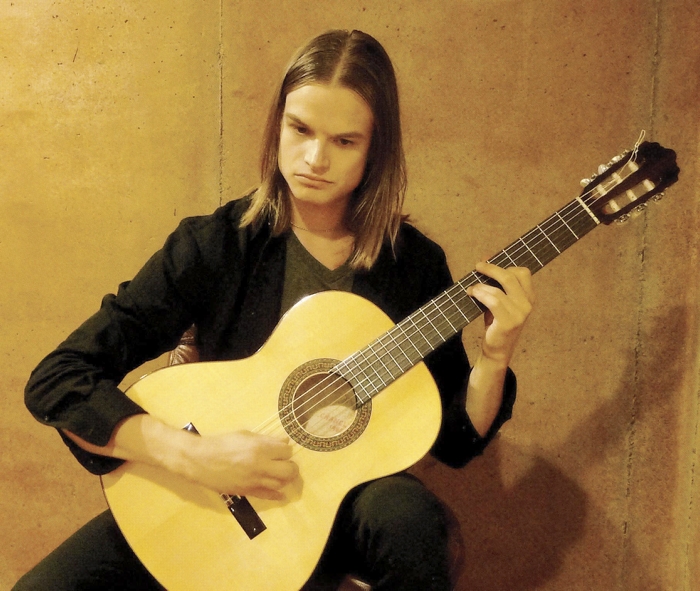 Grammy-nominated and seven-time Dove Award winner Phil Keaggy will share his gospel-influenced music at Salisbury’s Lee Street Theatre on Feb. 6. Spanish guitar-influenced maestro Gladius will open. Doors open at 7 p.m., with the concert starting at 7:30. Tickets are $20 plus tax.

Awarded Best Christian Rock Artist of All Time by Christian Rock Zone in 2014, Keaggy has continually topped the charts and been recognized for his unparalleled musicianship. Keaggy is perhaps one of the most admired guitarists in music today, and his fans range from those who aspire just to be able to play his mistakes to professional musicians who have been strongly influenced by his style.

With a solo career spanning over 40 years and with over 50 albums released to date, Keaggy has been delighting audiences all over the country with his primarily acoustic shows and occasional concerts with other bands. Despite his notoriety, Keaggy remains humble and doesn’t just rely on his skills to entertain.

“I feel that folk … are more interested in good songs than merely the guitar player,” Keaggy once said in an interview about his 1988 album Phil Keaggy and Sunday’s Child. Rather than building a song around one cool guitar riff, Keaggy seeks to create a complete work of art.

While being a Christian and writing plenty of praise music, Keaggy doesn’t like to be pigeonholed as a “Christian guitarist.”  With each album, Keaggy explores a new facet of musical styles from indie to rock, jazz, blues and much more. Keaggy described his 2006 “plugged-in” electric album “Jammed!” as “like an éclair. It’s the filling, basically a dessert or a kind of candy for guitar players, especially the ones who like electric stuff. You could call it electric ear candy.” The most amazing part? He threw it together in only two days, wrote Christianity Today International.

Sharing Keaggy’s love for incredible guitar playing, Andrew Connors, performing under the name Gladius, will be opening for Keaggy. Described as “a miracle in the making,” Gladius overcame a crippling case of nerve damage that hindered the dexterity of both of his hands — not a good prognosis for a musician.  However, “nine years, four surgeries, 7,000 hours of physical therapy, and countless prayers later,” Gladius is relentlessly touring and recording, and has won multiple music composition awards including the Driven Creativity Competition in 2013.  Gladius’ Spanish-influenced, high-speed guitar picking will perfectly set the tone for an incredible evening of music with Phil Keaggy.