Mentor of Year wants youth to know someone cares 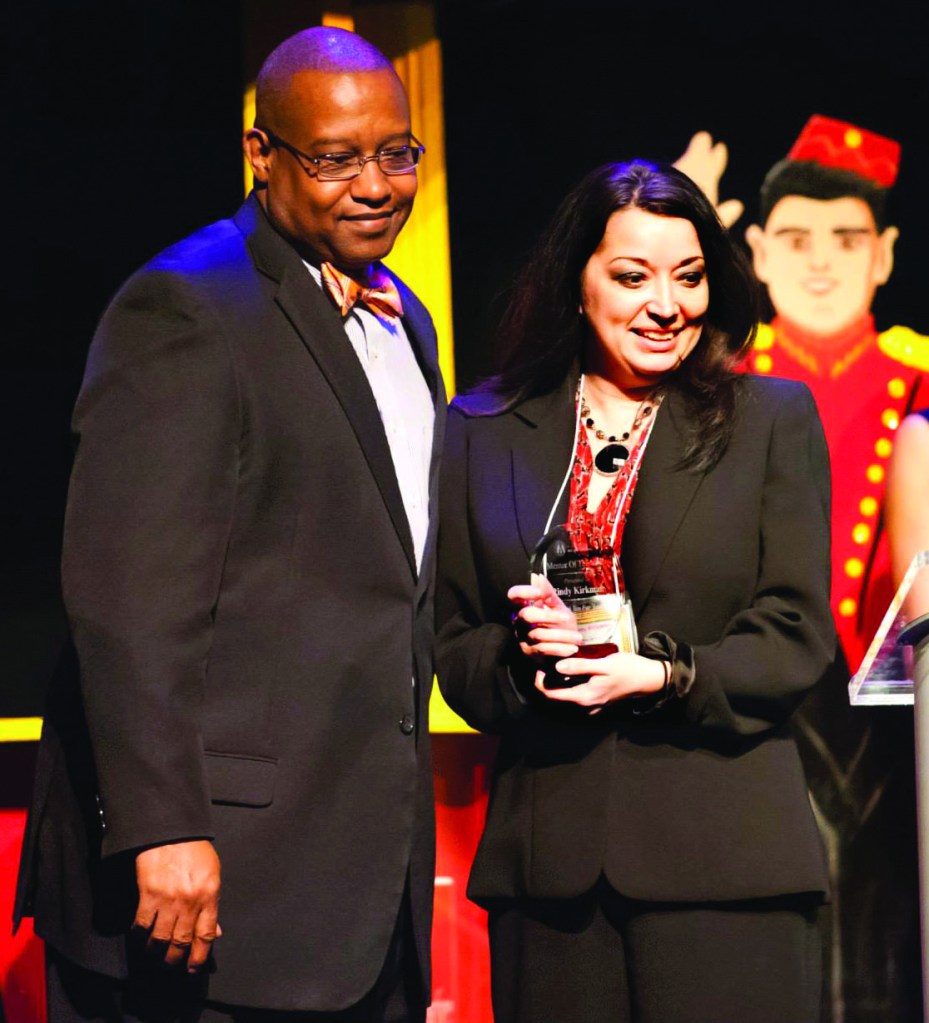 Rindy Kirkman of Kannapolis works as a property manager for a government-subsidized apartment complex, but her tenants don’t come to her office just to pay rent or talk about maintenance issues.

Kirkman’s office is a safe haven for tenants of Woodstone Apartments in Charlotte. Residents, particularly students, can work on homework, build relationships and receive tutoring.

It all started four years ago, when a tenant came to her with a simple request; she asked Kirkman to talk to her daughter.

“I have a resident who had a daughter who was getting in a little bit of trouble at school,” Kirkman said.

So, Kirkman started talking to Diamonique Burton, and those talks turned into tutoring sessions.

Four years later, Burton is 14 and in the 10th grade. She’s on the honor roll and is a member of the basketball and cheerleading teams.

Kirkman’s work with Burton and other youth at Woodstone was recognized last week when the Charlotte Mayor’s Mentoring Alliance named her the city’s Mentor of the Year.

“I was absolutely astounded,” Kirkman said this week, adding that she primarily attended the reception for Burton, who was nominated for and won Charlotte’s Mentee of the Year Award.

Her relationship with Burton opened Kirkman’s eyes to the needs of other children in the apartment complex, and she expanded her mission.

Now, every day after school, students drop by her office just to say “hi” or to stay and work on homework. When they do, Kirkman asks each of them to tell her something new about their day.

She doesn’t ask yes or no questions, because she wants them to carry on a conversation with her.

“I want them to feel like someone cares enough to ask,” she said.

Since she’s started tutoring and mentoring these students, community partners have come alongside her to provide necessary tools, such as encyclopedias, books and three iPads.

“Now we have a small, Woodstone library,” she said, adding that there isn’t a library close enough for the youth to walk to.

During the summer, Kirkman holds a summer reading program to keep the children reading throughout the summer.

She also arranged for a summer feeding program to come to the complex every Monday through Friday during the summer, where anyone under the age of 18 can come for breakfast and lunch.

Kirkman doesn’t just work with children and youth, however.

Many of Woodstone’s residents don’t have cars or access to many community services, so Kirkman works with adults who are working on their GED.

She also partners with Work First.

“They will have people who need help finding a job,” she said. “They just need a reference.”

Kirkman oversees clerical, housekeeping and maintenance volunteers, then writes reference letters for them as they apply to jobs.

“Just having every opportunity and a way to get those opportunities is making a difference,” she said.

Kirkman said her personal experience helps her identify with the students in her apartment complex.

“These kids feel like they’re not like the one that fits in or the example of perfection,” she said.

Kirkman — who lives between Enochville and Kannapolis with her husband, Ricky, and 13-year-old daughter, Kennedy — said she grew up feeling much like those kids.

“I wasn’t the typical child of my surroundings,” she said. “We came from a middle class Christian home.”

Both of her siblings were well-behaved and excellent students.

“I think I suffered greatly from middle-child syndrome,” she said.

Then, while she was in eighth grade, Kirkman’s parents went through a divorce.

“We think of divorce as between a husband and wife, but it isn’t. It is a shaking of the family foundation where children can fall into the fault line left by the quake regardless of their social and economic status,” Kirkman said. “It was at this crucial time of my life I began getting into trouble at school.”

“I began missing classes, my grades plummeted and I failed that year,” she said, adding that she decided to drop out of school as soon as she was legally allowed to do so.

“I just had no interest in it,” Kirkman added.

That all changed in her American history class one year, though.

“Mr. Lloyd’s job was to teach me American history, but he taught so much more,” she said.

“He told me that I was smart and though my stubborn streak wasn’t great for those trying to get through to me, it would make for a successful and determined adult,” Kirkman said. “He would not let me douse the promising spark he saw in me with stupid choices.”

Her outlook changed that year. She turned in all her assignments and her grades rose.

“In the years that followed I often wanted to give up,” she said, “but I had been given the tools to see what was ahead for me if I just kept going.”

Legislators return to Raleigh for first workday of session