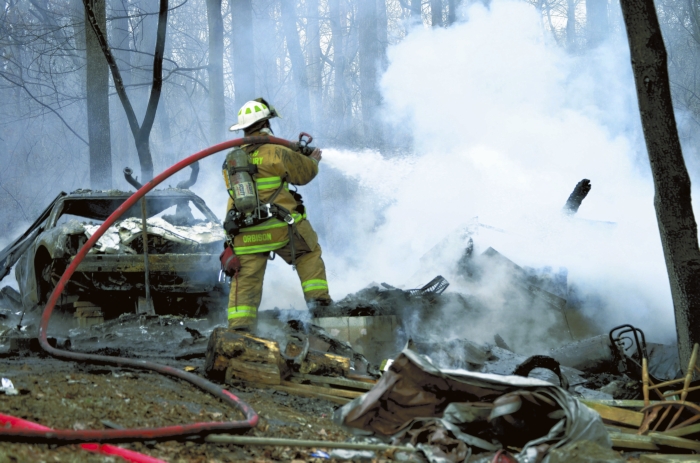 Fire officials say they aren’t certain, but a garage and subsequent mobile home fire may have been caused by a wood stove inside the garage.

Rowan Fire investigator Deborah Horne, who was at the scene, said fire officials  are not ruling out the wood stove, but it was too early to tell what caused the fire.

Horne confirmed there were four people living in the home, all of whom were able to get out of the home and were not injured.

The fire destroyed a garage behind the mobile home and then caught the home on fire, heavily damaging the back portion.

Neighbors gathered with the family in a nearby yard watching as firefighters doused more water on the garage, which contained vehicles and other items. The fence on a dog kennel in the front yard sat ajar, and it appeared family members rushed to get a dog out of potential danger.

Rockwell Rural Assistant Fire Chief Charles Sheeks said the garage was pretty much ripped apart by fire when the first firefighters arrived on the scene.

Sheeks said the firefighters could see the Leewood Lane smoke from the Faith Soda Shop in downtown Faith.

Sheeks said a second alarm was called because two structures were on fire.

The American Red Cross is helping the family.

Apartment catches fire in China Grove, no one hurt