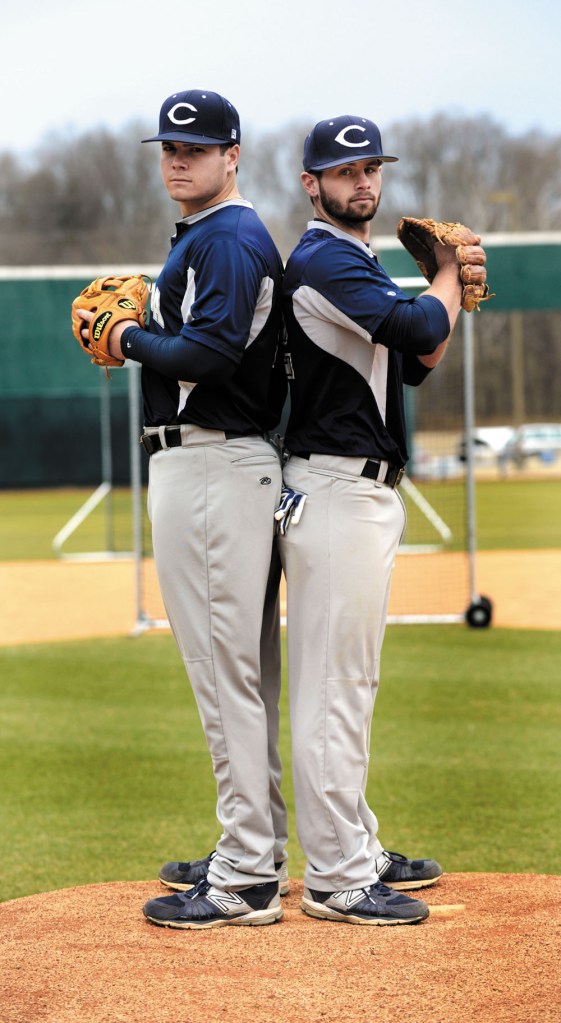 SALISBURY — Craig Brooks remembers the excitement of pitching in the Division II World Series as a fireballing freshman closer. With the help of a strong supporting cast, Brooks and the Indians have a chance to get back to the big stage in Cary.

“Our bullpen’s better, and we’ll score enough runs,” Brooks said. “When we’re at our best, we should be as good as anyone.”

The Indians subtracted the loud bats of Ethan Satterfield and Keaton Hawks. They are minus Julio Zubillaga and Cameron Beard, infielders who turned groundballs into outs. Paul Kronenfeld and Joe Watson were drafted. Also gone are workhorse hurler John Tuttle and catcher Jon Wallace. Still, Catawba has the pitching to exude confidence.

Now a senior, Brooks led Division II in wins in 2014 when he went 12-3. He was a second-team All-American and Southeast Region Pitcher of the Year. He was South Atlantic Conference Pitcher of the Year and MVP of the conference tournament. He was first-team All-SAC as both a pitcher and a shortstop.

In the 2014 SAC tournament, Brooks pitched 12 straight scoreless innings with 15 strikeouts. His return to the mound at historic Newman Park goes a long way toward making the Indians the team to beat in the SAC.

“We’ve got a lot of good pitchers,” Catawba coach Jim Gantt said. “But if we’ve got one game we have to win, you know who we’re giving the ball to.”

While Brooks played shortstop as a junior, he’s moving to third base. Third is important, but it’s not as demanding a defensive position as shortstop. Brooks, who batted .336, can fill a hole at the hot corner, and Catawba has another seasoned shortstop in Dylan Richardson, who started 20 games.

“Richardson had a great fall —  we know he can play,” Gantt said. “And this should keep Brooks fresher.”

Sophomore right-hander Shaefer Shepard (7-3) is Catawba’s No. 2 but a star in his own right. Shepard was the SAC Freshman of the Year and ranked ninth in Division II with a 1.46 ERA.  He was nothing short of brilliant in the SAC tournament and Southeast Regional.

Matt Farmakis (2-0, 2.97 ERA) was a candidate to be the third weekend starter, but Farmakis volunteered a role change when he saw the potential of freshman southpaw Connor Johnson, the former East Rowan standout.

“Matt came to me and asked for Connor to start on the weekends because that would give us a lefty to go with our two right-handers,” Gantt said. “That tells you what kind of team guy Farmakis is.

“We’ll have Farmakis available to relieve in conference games and starting a mid-week game. We’ve got tough, mid-week regional games and we’ve got to win our share.”

The closer role remains in the capable hands of Ryan McClintock. He was nearly flawless — 4-0 with a 2.20 ERA and eight saves in 33 appearances. He was All-Southeast Region and All-SAC.

Catawba went 35-20 a year ago, shared the SAC regular-season championship with Wingate, and then won the conference tournament in Forest City to secure an automatic berth in the Southeast Regional.

“We lost good players, but we’ll be OK offensively and defensively,” Gantt said. “We’ll be able to run more, and we can still hit a few homers.”

Former South Rowan star Blake Houston is back in center field. He gets on base as the leadoff man and saves runs with acrobatics in the outfield. A lefty hitter, Houston batted .323 and scored a team-high 59 runs.

T.J. Wharton, who played in the prestigious Cape Cod Baseball League last summer (along with Shepard), is a right-handed masher. He led the Indians with 10 homers and 57 RBIs. He’ll catch or DH and bat fifth.

Malachi Hanes batted .316 in a limited role last season, and Gantt is confident the powerful lefty is ready to handle the cleanup spot. Hanes will be the left fielder or DH.

The marquee newcomer is Will Albertson, a former Randleman High star and a transfer from Campbell. The junior batted .286 in 2014 for the Camels and drove in 28 runs. Albertson’s right-handed bat will fit at catcher or right field. Gantt has installed him in the No. 3 hole, the spot that goes to the best hitter.

Kyle Smith, a versatile freshman from Greensboro, bats left-handed and is a key addition. Gantt likes him as a No. 2 hitter. Smith runs well. He can play second base or he could be the third baseman when Brooks pitches.

Former Salisbury High slugger Chance Bowden will be the first basemen. Bowden is expected to begin the season batting eighth, but Gantt loves his combination of gold-glove defense and power.

“Throw it low, and Chance will pick it,” Gantt said.

Freshman Luke Setzer, another East Rowan product, is a candidate to be the right fielder when Albertson is behind the plate.

Grayland Fowler, a high school quarterback at Dorman High in South Carolina, is another freshman to keep an eye on. He could start at second base and has sensational speed.

“He reminds me of Delino DeShields,” said Gantt, referencing a speedy second baseman who starred in  MLB in the 1990s.

Gantt has been winning games at Catawba since 1996. His career record is 636-331. Catawba has won 30 or more 15 straight seasons, and the latest edition of the Indians is unlikely to end that streak.

Michael Lowman and Randy Benson are back to assist Gantt, while former Brevard hurler Kevin Hamilton has joined the staff. The season starts Saturday at Belmont Abbey. Catawba will play at Newman Park Sunday.

“I really like this team,” Gantt said. “They’ve got almost a 3.0 GPA, which is good for 40 guys. They’ve done everything we’ve asked  them to do to get ready.”