Boys basketball: Salisbury wins from within 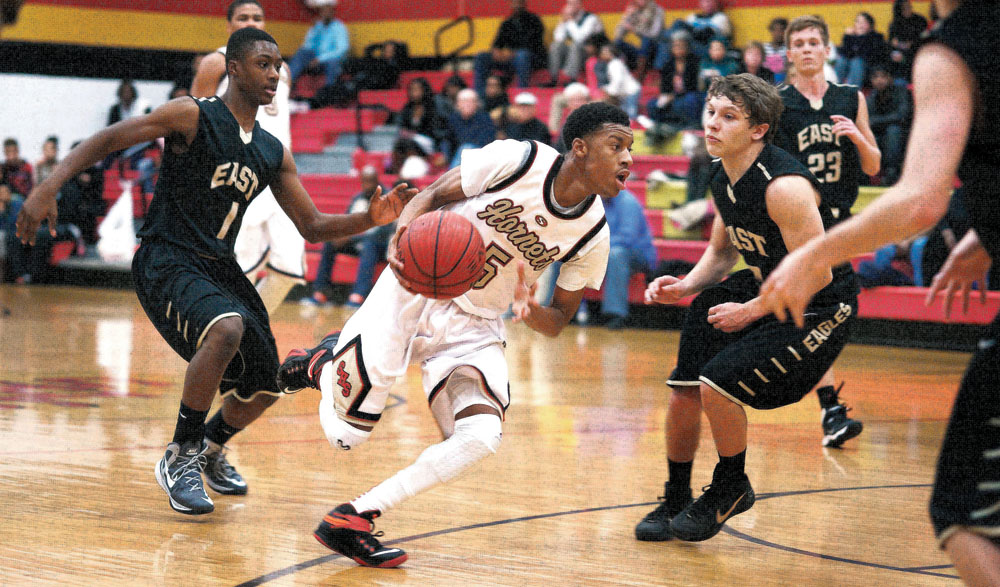 SALISBURY — A lot of points were posted Friday at Salisbury, but like most games, this one turned around thanks to great defense.

The host Hornets survived an onslaught of 3-pointers from East Davidson and tightened the defensive screws when they needed to the most in claiming an 89-66 win. Salisbury (14-6, 4-2 CCC) overcame its own shooting woes in the first half to put up an impressive 56 points in the final two quarters to gradually pull away.

Pressure defense and a disciplined offensive approach in the second half enabled Salisbury to overcome a surprising 37-33 halftime deficit to the Golden Eagles (2-17, 0-6 CCC).

It was still a battle after three quarters with the Hornets grabbing a 60-55 lead thanks to a blocked shot and layup by center Tre Oats. That is when the defensive pressure took over and enabled Salisbury to pull away down the stretch.

“Our pressure defense really sped them up, made them rush shots and allowed us to get out on the run,” said junior point guard DeShawn Troutman. “Then on offense we took it down low and started being more aggressive.”

Troutman and power forward D.J. Alexander shared scoring honors for the winners, each with 20.

The score was 60-58 in the early fourth period when Troutman and the other guards started feeding it inside to Alexander, Wes Fazia (16 points) and Oats (12) for high-percentage shots. The Hornets led 75-61 after a Troutman drive down the lane and a tight battle was close no longer. Salisbury sealed it with 8-for-8 perfection from the line down the stretch, including four by Will Leckonby.

Hornet coach Jason Causby agreed that the defensive effort in the second half turned the game in his team’s favor, but felt better shot selection was the real difference. The Hornets missed a succession of long-range shots in the first half while the Eagles drained five 3-pointers to take the lead.

“We got long-range bomb happy in the first half,” Causby stated. “But all of our points in the second half came in the paint and at the line. That was the difference no question.”

After Salisbury went up 10 points early in the game, East Davidson started scoring from well behind the arc to get back in it quickly. McKagan Barrett hit a pair as did Stone Simpler and the Eagles claimed their first lead at 30-28 and then led by three at the half.

“We did shoot the ball extremely well and we were disciplined,” Eagle coach Matt Jacobs. “But we made some turnovers that hurt us and did not make our free throws to keep us in the game. We had a legitimate chance to win and the scoreboard is not indicative of just how close it was.”

East Davidson was led by Barrett,the sophomore guard, with 24 points followed by Simpler with 12 and Marquise McLaughlin with nine.

The Hornets have a critical CCC game at Lexington next Tuesday with a chance to grab a share of first place in the league.