Apartment catches fire in China Grove, no one hurt 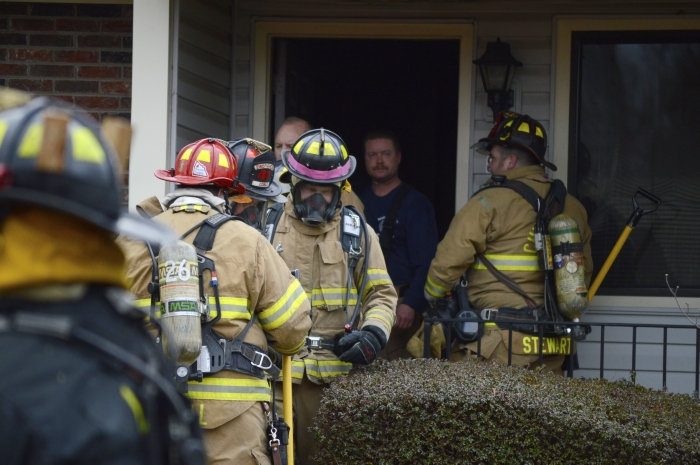 Josh Bergeron / Salisbury Post - Firefighters exit an apartment in a complex at the corner of Lillian Street and Murphy Court in China Grove. The apartment caught fire Thursday, but no one was injured.

CHINA GROVE — No one was hurt Thursday when an apartment caught fire.

The fire occurred at an apartment in the Benchmark Apartment Complex, at the corner of Lillian Street and Murphy Court.

Bostian Heights Fire Chief Mike Zimmerman, who is also serving as interim chief of China Grove’s department, said the fire call came in at 3:54 p.m. Zimmerman said no one was injured in the blaze and no one was inside of the apartment at the time. The residents had not yet moved into the apartment, he said.

The fire damaged the interior of the apartment, No. 822, but didn’t spread to any other units, Zimmerman said.

“The fire was mainly contained to one unit and no other units were involved as far as I’m aware of,” he said. “Some did spread to the attic.”

Zimmerman said the fire appeared to have started near the rear of the apartment, “in the kitchen area.”

Fire investigator Deborah Horne said late Thursday afternoon that the cause of the fire was still under investigation.

The Rowan County Rescue Squad, as well as the China Grove, Bostian Heights, Atwell and Landis fire departments all responded to the fire.