Boys basketball: North Rowan comes away with win at Salisbury 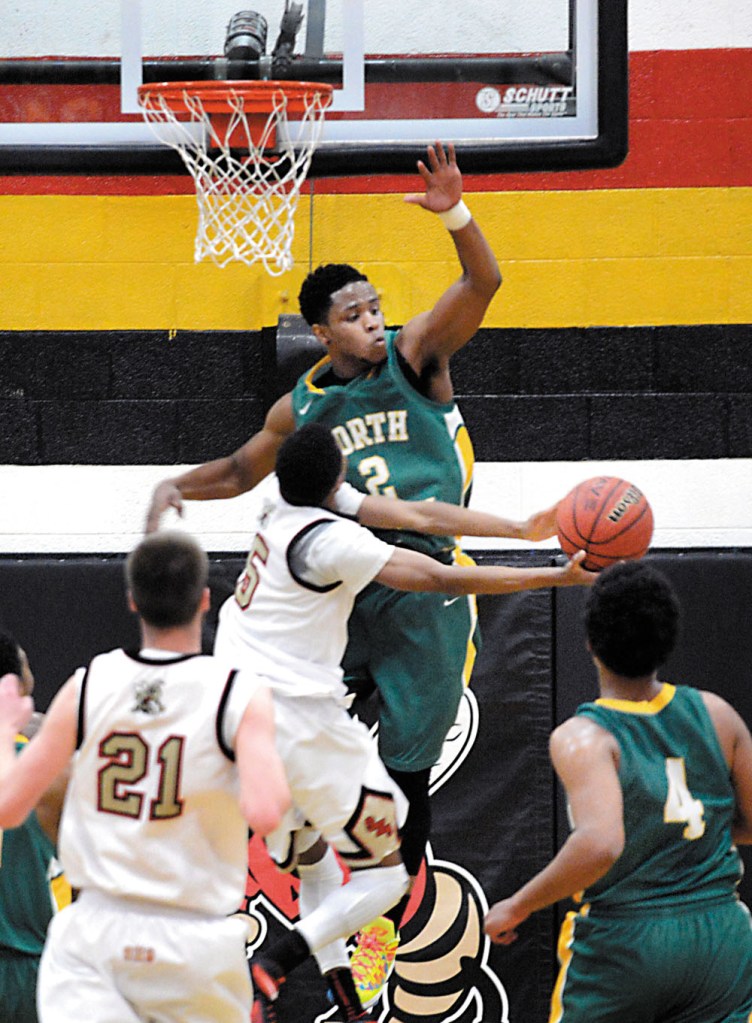 SALISBURY — North Rowan is keeping its eyes on the road ahead, not in the rearview.

Perhaps that’s why, just moments after Tuesday’s closer-than-it-should-have been 61-57 victory at Salisbury, the first-place Cavaliers had their minds focused on Friday’s Central Carolina Conference showdown with Lexington.

“We played really bad,” said Salisbury coach Jason Causby. “Especially in the first half. We missed shots. We turned the ball over. We gave them opportunities — and it was still a four-point game.”

Salisbury shot only 5-for-19 from the field and missed six free throws, yet trailed by just 24-20 at halftime.

“It was tough,” said Salisbury junior DeShawn Troutman, who scored 20 points. “But we were still in the game.”

That changed when Scott scored the first six points of the fourth quarter — all on fastbreak layups — to boost North Rowan’s lead to 46-34. Moments later, following an acrobatic, across-the-lane layup and two free throws by Josh Handy, the Cavaliers led by 16.

“To me a one-point win is as good as a 30-point win,” North Rowan coach Andrew Mitchell said. “When we put (second-string) guys in the game, we expect them to come in, execute and build on what we’re doing. Not go in and clown around and make us have to bring our starters back in.”

“We felt like we should have kept our foot on the pedal and beat them by 30,” Sanders said. “But we relaxed on defense. We didn’t think they’d start taking outside shots. We thought they’d given up, but they never did.”

Salisbury closed the game on a 10-2 run, sparked by last-minute 3-pointers from Alex Yang and Will Leckonby. Troutman added his final basket with just six seconds on the clock.

“That was just a lot of hustle, a lot of being aggressive,” he said. “I spent the night taking what the defense gave me. They were sagging off, not playing tight.”

North Rowan’s backcourt of Scott and Sanders earned an A in chemistry, but it took some prompting from Mitchell.

“At halftime (Mitchell) told me I wasn’t playing my role,” Scott said. “I wasn’t running the floor, up and down the court. So I told him, ‘I got this, Coach.’ I started taking off — and Jalen is such a great point-guard. He can get the ball to you anywhere on the court.”

Scott netted 10 points in the second half.

Afterward the Cavs turned their attention to Friday as Causby tossed them a nice compliment.

“Deep shots lead to long transition buckets for the other team,” he said. “And North is really good in transition. Until someone beats them, they’re the team to beat.”