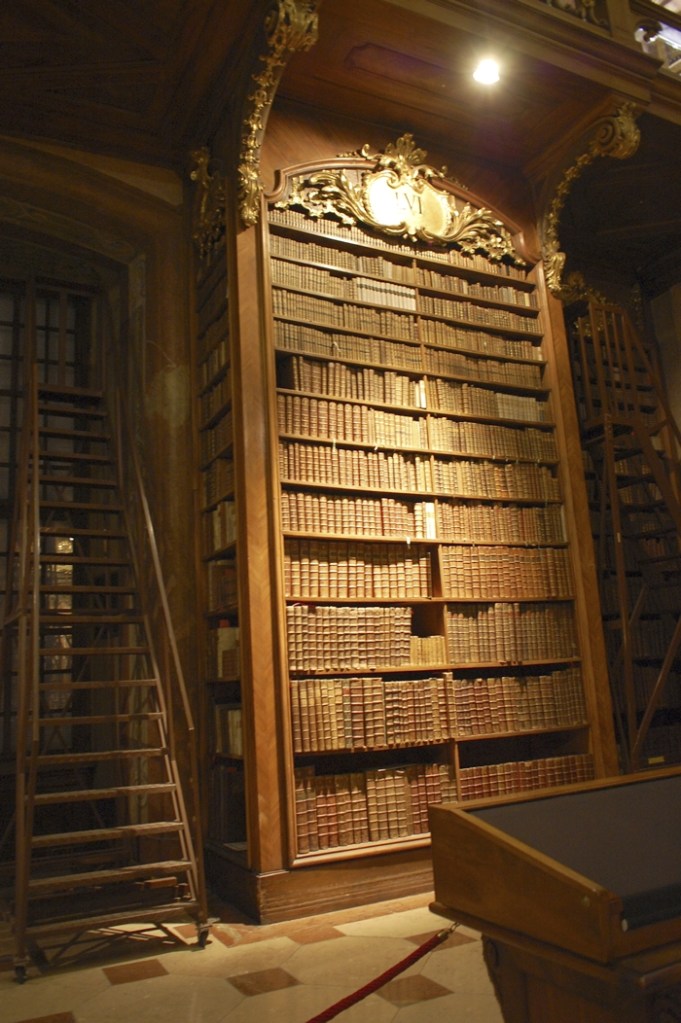 A corner of the Austrian National Library. Jenna Wineka/For the Salisbury Post

For 2015, my wife and I ushered in the new year a little differently. We waltzed it in.

Toward the end of my family’s recent holiday trip to Europe, we visited Vienna, Austria, and happened to spend New Year’s Eve night with several hundred thousand other people packed into the old city center around St. Stephan’s Cathedral.

The New Year’s Eve tradition in Austria is to dance the Vienna Waltz  after the countdown to the new year is complete, and that’s what Lindsay and I did with everyone else.  The music blared through speakers throughout the center city, while fireworks lit up the sky from Vienna’s City Hall, or Rathaus.

That night, as is tradition, we also drank a hot punch served in a souvenir toadstool mug — another Vienna tradition infused with luck for the new year.

Vienna is an incredibly vibrant, picturesque and cosmopolitan city. Some of the other places we visited were the Belvedere Palace and Museum, home of the world’s largest Gustav Klimt collection; the Austrian National Library, the largest in Austria; and Griechenbeisl, one of the most historic restaurants in the world.

We had a New Year’s Day lunch at Griechenbeisl, which dates back to 1447. Patrons in centuries past have included Wagner, Mozart, Beethoven, Strauss, Schubert and, from the States, Mark Twain.

By the way, Lindsay and I waltzed New Year’s Day in the shadow of a noteworthy city memorial (the Pestsaule) to the victims of the plague, which claimed 76,000 residents of Vienna, over a several year period starting in 1679.

I’m hoping our waltz near the Pestsaule did not negate all the good luck we found in Vienna.