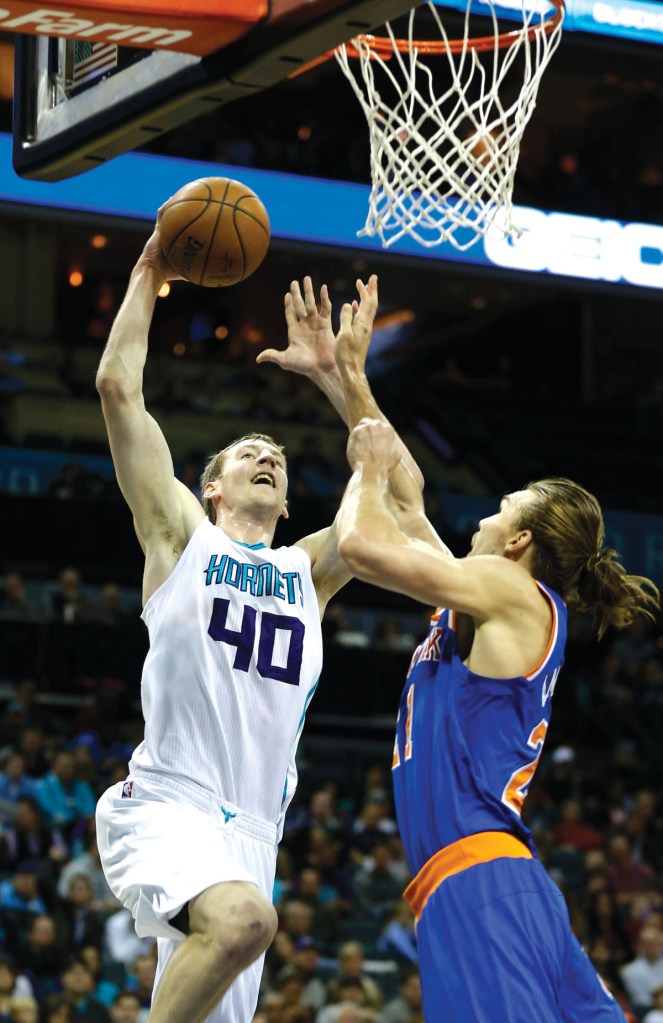 CHARLOTTE, N.C. (AP) — Brian Roberts believes the Charlotte Hornets are in good hands if Kemba Walker is out for any length of time.

The third-year point guard filled in for Walker and scored 17 points, and the Hornets beat the New York Knicks 76-71 Saturday night for their ninth victory in the last 11 games.

Roberts was 5 of 9 from the field and made all six free throws as the Hornets snapped the Knicks’ three-game win streak.

“Just to know I can come in help a team win games, that is something you can’t teach,” Roberts said. “Just have experience that I was fortunate enough to have last year. And it looks like I’m going to have to do that a little bit here.”

The Hornets aren’t saying how long their leading scorer will be out.

Walker, who is averaging 18.9 points and 5.2 assists per game, has now missed three of the last five games with a left knee cyst.

He started 42 games last season in New Orleans when Jrue Holiday went down with an injury and did well in that role.

“One of the advantage of bringing him here was that he started so many games last year so he’s comfortable in that role,” Hornets coach Steve Clifford said.

The Hornets have more to worry about than just Walker.

Big men Marvin Williams (concussion) and Bismack Biyombo (knee bruise) left the game early and did not return. Their status is day-to-day.

The Knicks played without Carmelo Anthony, who was held out to rest his knee on the second night of a back-to-back.

“We put the guys out there that have never been in that situation, together at least,” Knicks coach Derek Fisher said. “So it impacts the way you finish games.”

The Hornets’ win came one night after a 39-point loss to LeBron James and the Cleveland Cavaliers.

The Hornets looked sluggish early, missing 24 of their first 29 shots from the field. However, the Knicks couldn’t take advantage and only led by one at halftime.

The Hornets eventually took the lead with 3 minutes left in the third quarter when Jason Maxiell hit an 18-foot jumper from the foul line.

With the game tied at 69, Roberts hit a fall-away jumper from the left baseline to give the Hornets the lead for good.

The Knicks had a chance to tie the game with 22 seconds left but Hardaway clanked a 3-pointer off the backboard and Cole Aldrich threw the ball away with 11 seconds left after chasing down a loose ball.

“We have to value that last possession,” Hardaway said.

Clifford was hoping that Al Jefferson, in his third game back from a groin injury, would help pick up the scoring slack with Walker out. But the big man started the game 2 of 11 and finished with nine points.

Hornets: The Hornets were outrebounded 54-41, in part because Biyombo and Williams were out.

Jefferson was credited with seven blocks, tying a career-high. Afterward, Henderson was told of the statistic and joked, “Blocks? Those weren’t blocks, those were swipe downs!”

NASCAR driver Dale Earnhardt Jr. chimed in on Twitter on Saturday night, saying “The Lance Stephenson thing feels a lot like the Ben Gordon thing.” Stephenson has struggled to find his niche in Charlotte and has been the subject of trade rumors for the last two months.