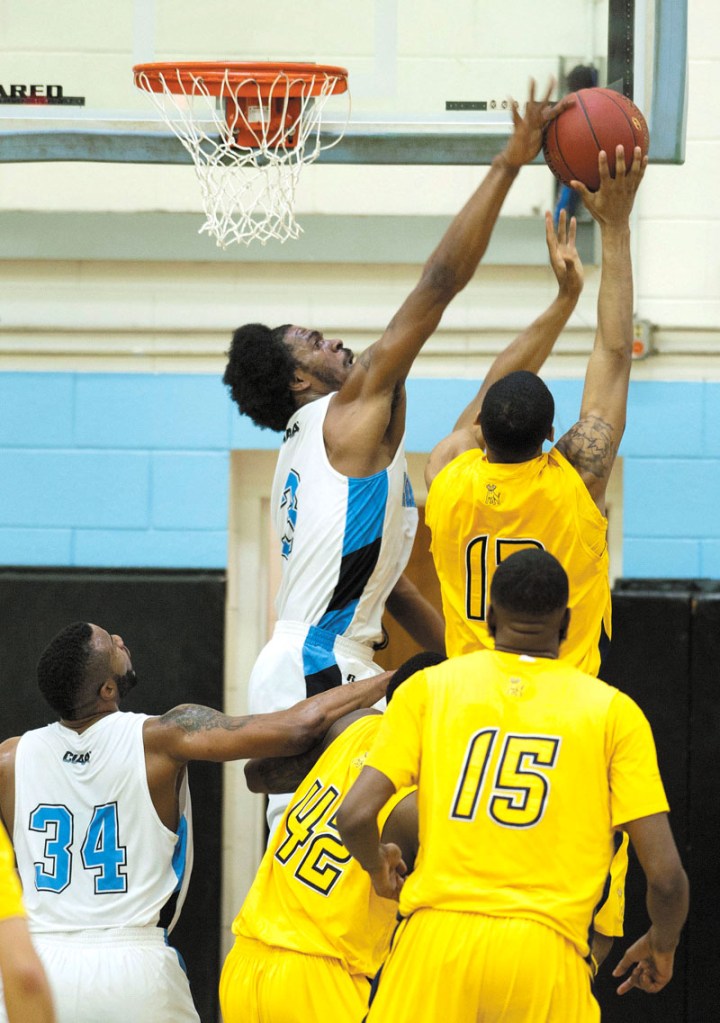 SALISBURY —  It looked like Livingstone’s men had a new player, but it was just Hakeem Jackson with a different haircut.

Coach James Stinson doesn’t care about Jackson’s hair as he long as he keeps producing. The high-flyer had 27 points and 14 rebounds as the Blue Bears smashed CIAA rival Johnson C.Smith 93-81 on Saturday at packed New Trent Gym.

“Great atmosphere,” Jackson said. “The crowd was a sixth man, and I like to be a crowd-pleaser.”

“Jackson had to sit out last year, but now he’s showing he wants to be a leader,” Stinson said.

Transfers Jackson, David Williams, Ty Newman and Daryl Traynham played at the Division I level. Their addition to returners led by guard Eric Dubose and forward Eric Mayo gives the Blue Bears a tall, talented group. The challenge is getting guys to accept roles, and it’s starting to work.

The Blue Bears have won four in a row.

“People tell me I need to have a set lineup, but I don’t,” Stinson said. “Our starters are determined by practice. We have about 13 who could start, so we have very competitive practices.”

Mayo (18 points, nine rebounds), a powerful forward, and Robert Flint, a steady guard, who scored nine points, had fine games.  Mayo and Flint were part of a bench that produced 43 points against the Golden Bulls (9-11, 3-6).

“We’ve got a lot of pieces and now we’re playing better together,” Flint said. “This was a good win over a tough rival. We can build on it.”

Livingstone led 22-18 midway through the first half, but a massive block by Jackson — he spiked the ball deep into the bleachers — started a 20-4 surge by the Blue Bears. It was 42-22 when Jackson dunked on a nice pass by Dubose.

“Defense got us going,” Mayo said. “We had intimidating blocks inside.”

Livingstone had a lull that allowed J.C. Smith to get within 49-40 at halftime. Livingstone also struggled to start the second half. The Golden Bulls got as close as 63-55, but Traynham hit a 3-pointer and Mayo dunked, and the Blue Bears regained control.

“We had a pretty consistent game,” Stinson said. “There are times we try to get creative and we look like a dysfunctional team. But there are other times when we execute, we get easy baskets and we look like a well-oiled machine.”