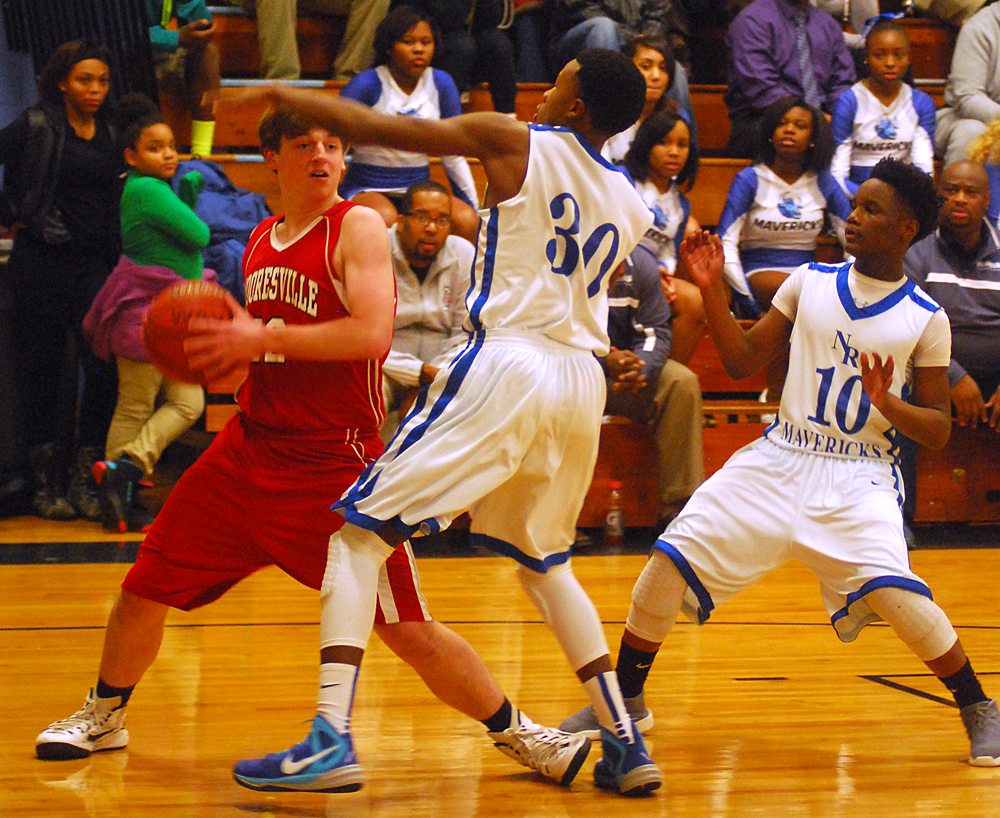 The eighth-grade boys basketball championship game was mostly decided in the first three minutes when North Rowan raced out to an 11-1 lead.

It was an even game after that, but North Rowan never allowed Mooresville to make a serious run and breezed 46-35 in a rematch of last season’s seventh-grade title game.

“I gave my best pep talk, and we jumped on them right at the start,” North Rowan coach Shawn Perry said. “I didn’t expect it. This was the sixth time we’ve played that Mooresville team in the last two years, and we haven’t gotten on them early like that.”

Second-seeded Mooresville finished 14-3, with all three losses to the Mavericks. North Rowan ran the table in the league with a 17-0 record and accepted post-game trophies for the regular season and tournament championships.

Perry, a guard, did most of his damage early and nailed a tough shot in the lane at the end of the first quarter for a 14-5 North Rowan lead.

North Rowan cooled off offensively, but rebounding and defense were constants for the Mavericks. Mooresville had only four field goals at halftime, and the Mavericks held a 24-15 lead.

“Our strengths are our speed and our intensity on defense,” Perry said. “We missed our share of free throws and layups, but we kept playing hard on defense.”

Mooresville got within 12 points early in the fourth quarter, but when Perry dribbled through a trap and fed Smith for a 3-point play with four minutes left, there was no doubt left about the outcome.

Goodlett had two 3-pointers and scored 16 for the Mavericks, while Perry had 10 points. Gill hit a 3-pointer and scored nine. Cook had eight rebounds.