Grapevine out, Jack Rabbit Slim in for downtown 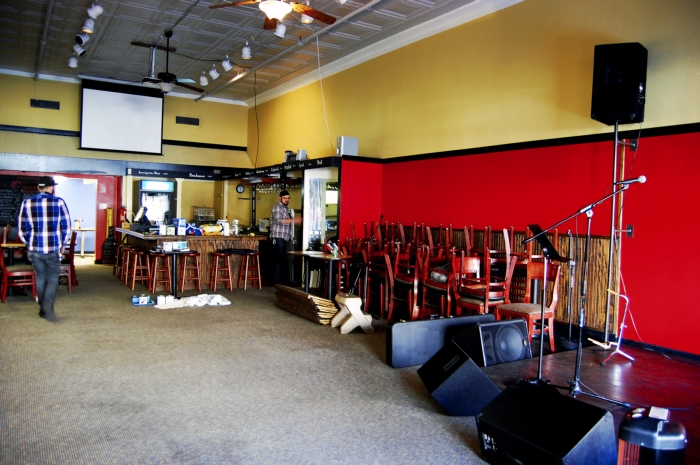 Jack Rabbit Slim will be in the location that used to house The Grapevine on South Main Street. The new joint is a rock club run by Tim Kostas and his son, Alec. The bar will host rock bands and serve North Carolina craft beers.

A downtown wine bar has closed and a new music joint will take its place.

The Grapevine on South Main Street, next to the Meroney Theater, will be replaced by Jack Rabbit Slim — which, like The Grapevine, will host live music.

The Grapevine had been closed for a few weeks while the owner, Ted Aurora, decided whether he wanted to continue running the business. He decided not to. Jack Rabbit Slim will be run by Tim Kostas and his son Alec — who play in a rock band by the same name.

Tim said the new place will be more of a rock club featuring full bands and acoustic sets.

He said they plan to have catered food and are hoping to open the first week of February.

They are originally from Boston, Mass., but now live in Kannapolis.

Tim said he’d been thinking about opening up his own place, and found out through a friend about the location in Salisbury. He got in touch with Aurora and the deal fell into place quickly.

Tim said the location on Main Street is fantastic.

“In the week that we’ve been here just doing renovations it’s been amazing,” he said about the foot traffic on the street and people stopping in to ask what the place is going to be and when it will open.

“It’s the middle of winter and you still see people out and about; so we’re really excited about it,” he said.

They would have loved to have done it in Kannapolis, but there’s not a lot of great locations, Tim said.

Tim has been living in the Kannapolis area for about four years and has been playing in bands for around 35 years. Alec is the lead singer for Jack Rabbit Slim.

Tim said he has connections with a lot of local bands who will be coming to play at his place.

Aurora also owns Cartucci’s Italian Restaurant, just around the corner on Fisher Street. The restaurant is currently closed and Aurora said he’s unsure about its future.

Asked about rumors that he plans to move out of state, Aurora said he is moving, but just to a another home in the area.