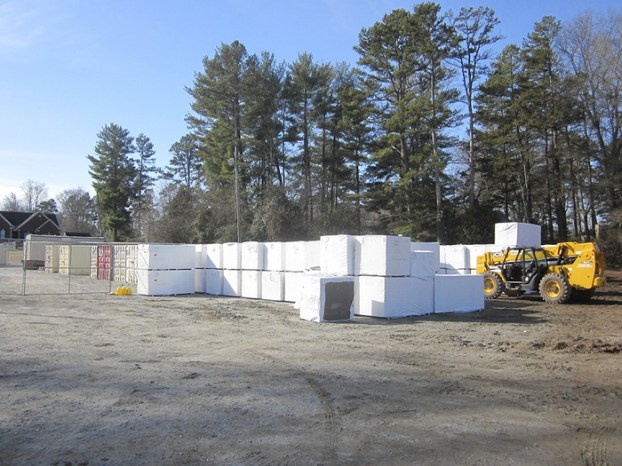 Catawba College is making a bold move in the area of solar power that will propel it ahead of all other North Carolina colleges and universities. Catawba will have the distinction of having the second-largest campus solar energy installation in the Southeast and will produce more solar electricity than all the other N.C. colleges and universities combined.

The solar project will include installations of photovoltaic panels and needed re-roofing on several buildings as well as replacement of many water fixtures. Work began at the start of spring semester, with trailers and materials occupying a staging area next to the Newman Park baseball stadium and construction activity at individual buildings.

“We believe this one megawatt installation will be the largest such undertaking by any higher education institution in the state of North Carolina,” Catawba President Brien Lewis said. “It will yield significant long-term benefits for the college.”

Projections indicate that Catawba will save 11 percent on energy and 26 percent on water costs when the installation is complete.  The project will also contribute to Catawba College reaching its published 2030 goal of carbon neutrality, a public commitment the institution made when it became one of the signatories of the American Colleges & Universities Presidents’ Climate Commitment in 2007. Robert Knott, who was Catawba’s president at that time, said of the college’s commitment, “We are saying to our students and to those in our community that we don’t just talk the talk, we walk the walk.”

The cost of the solar project is approximately $5.2 million – a significant portion of which would have been spent anyway to replace roofs on several of the older buildings on campus. Lewis explained that the financial savings (in addition to the energy reductions) are projected at approximately $10 million to $11.9 million.

While a significant portion of the entire project is funded by generous donations, the remainder is being funded by investors who are able to realize substantial tax credits for solar energy and who will, once the tax credits expire in a few years, donate the systems to the college.

Mike Nicklas, president of Innovative Design of Raleigh, is leading the project.  The solar developer is Sundance Power Systems of Weaverville.