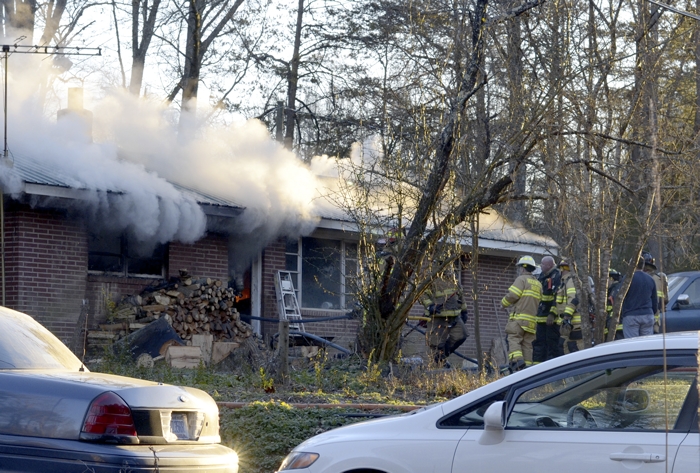 Hugh Fisher/For the Salisbury Post A family member said the fire that gutted Gene Link's home on Rainey Road started near the woodstove. Link, 90, survived the fire with no injuries, but was treated for smoke inhalation.

According to a family member, fire started around 4 p.m. in Gene Link’s single-story home on Rainey Road.

Tony Link, his son, said his father phoned him to say a fire had started in the mat under his wood stove.

“When I got there, there was smoke coming out of the door,” Tony Link said. “There was a hole in the floor, and hot embers down in it.”

Tony Link said he helped get his father out of the house, where he lived alone. Gene Link’s dog was also found and rescued.

Firefighters arrived to find “heavy flames and smoke,” according to emergency radio traffic.

Gene Link escaped uninjured, but was treated for smoke inhalation by medics at the scene.

Tony said his father had lived in the home for over 50 years. “I grew up in that house,” he said.

The American Red Cross also responded to assist firefighters and the Link family.