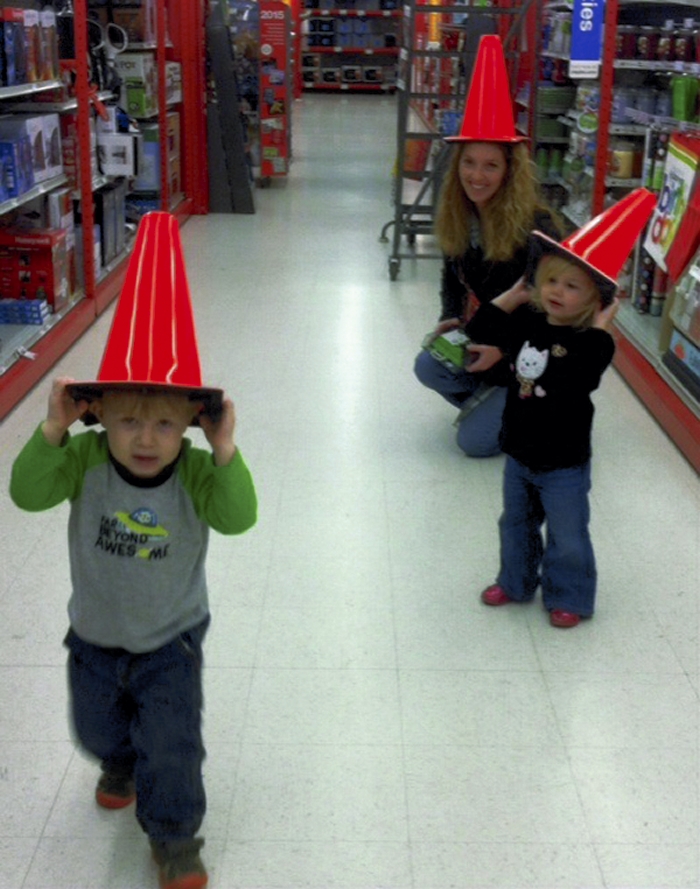 “I’m bored.” One of my kids whined in days of yore. A long sigh plus a mopey face were added for good measure. Memories of my own childhood poured in. There stood my mama answering my own boredom.

“Good. I’ll be happy to find something for you to do!” A basket of laundry was handed to the bored one with instructions. A list followed of extra chores. The glass on the front door needed cleaning, flower beds could use weeding, socks can always be sorted, closets can always be neater. The yard is longing for attention. One could always read ahead in one’s History book or worse, the dreaded, “Clean out from under your bed.”

Often mama said, “If you’re bored it’s because you are not thinking.”

She got that right. She meant thinking creatively. Later I realized I was also not thinking about the sock sorting which would surely become my cure for boredom.

So my sisters and I learned. We made houses out of old shoeboxes with little garages for matchbox cars. We scraped roads with our shovels and built whole neighborhoods in the dusty corner of the backyard where daddy would park his truck at the end of the day. The same dusty corner could be divided into a court where the three of us and a few neighborhood kids would play foursquare for hours. We’d come in filthy. That never bothered mama. Just so we didn’t whine about being bored.

My sisters got Barbie dolls one year. I already had one which for some reason I hated. But when mama gave me leftover scraps of cloth and a few instructions, I loved making clothes for my blonde haired beauty. Daddy would later build a wardrobe where we could store our creations.

No, we weren’t bored and certainly not because our parents entertained us. We just weren’t allowed to be.

Sticks became guns or swords or fishing poles or walking canes. Beds became stagecoaches where teams of horses ran at full gallop when we whipped the covers up and down and yelled, “Yhah!” like they did on Gunsmoke. Old blankets became tents when flipped across the clothesline and anchored with big rocks. Picnic tables became forts or floats or docks for fishing. It seems when given a choice between chores and play, creative juices just naturally flow.

As a mother, it seemed the right thing to do to help my own children become great thinkers. And now they continue to pass the creativity along to their little ones. Because you know, “If you’re bored, it’s because you’re not thinking.”