Cal Thomas: Why all the love for George Clooney? 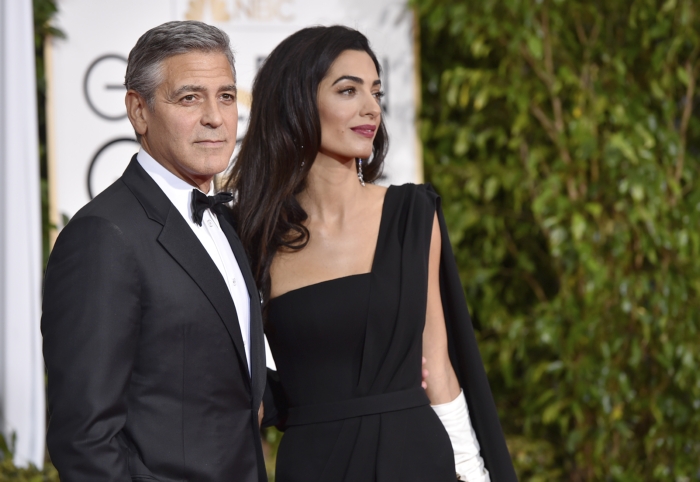 Social media is agog over George Clooney’s tribute to his wife, Amal, at last weekend’s Golden Globe Awards in Hollywood. Women, especially, are swooning in their tweets and Facebook postings.

I admit the tribute was sweet and his wife is drop-dead gorgeous, but Clooney, twice named “The Sexiest Man Alive” by People magazine and known for his numerous relationships with women, has only been married four months. Maybe in Hollywood four months is considered a long-term relationship, but let’s see if they make it to their 49th anniversary, as my wife and I did today.

What produced such a mushy reaction from women to Clooney’s remarks? I think part of it is that in our modern “relationship” era where people have “partners” not spouses, it is a rare thing to see a famous man publicly expressing love for his wife. As Phil Collins put it in a song, “Doesn’t anybody stay together anymore; I wonder why, doesn’t anybody stay together anymore?”

I think the answer to “why” is that our culture has redefined “love.” In 1984, when Tina Turner sang “What’s Love Got to Do with It,” that song might have been the anthem for a generation.

Some years ago I introduced my wife to a colleague at a Christmas party this way: “I want you to meet my first wife.” Later he sought me out and asked with a serious expression, “Why did you bring your first wife to the party?” I replied, “It’s the only one I’ve had.” He looked at me surprised, as if I were a dinosaur.

Maybe I am, but it has worked for us. Has it always been perfect? Of course not. No marriage is and anyone who says so isn’t telling the truth. When two imperfect people marry, you double the imperfections. Someone recently asked me how we have managed to stay married. I answered, “forgiveness.” If you admit you are far from a model man and husband and look for the good in the other person, you will find it. Fault doesn’t require a long search. It begins in the mirror.

So, happy anniversary, Charlotte Ray. I don’t look like George Clooney, but I’m grateful you find me appealing. Besides, in a very short time, George and Amal won’t look like they do today. I hope they stay married. I know we will. As the old Perry Como song goes:

Till the end of time

Long as stars are in the blue

Long as there’s a spring of birds

To sing I’ll go on loving you.

Cal Thomas writes for Tribune Media. Readers may email him at tcaeditors@tribune.com.