Boys basketball: Lexington rebounds — in more ways than one — in win at Salisbury 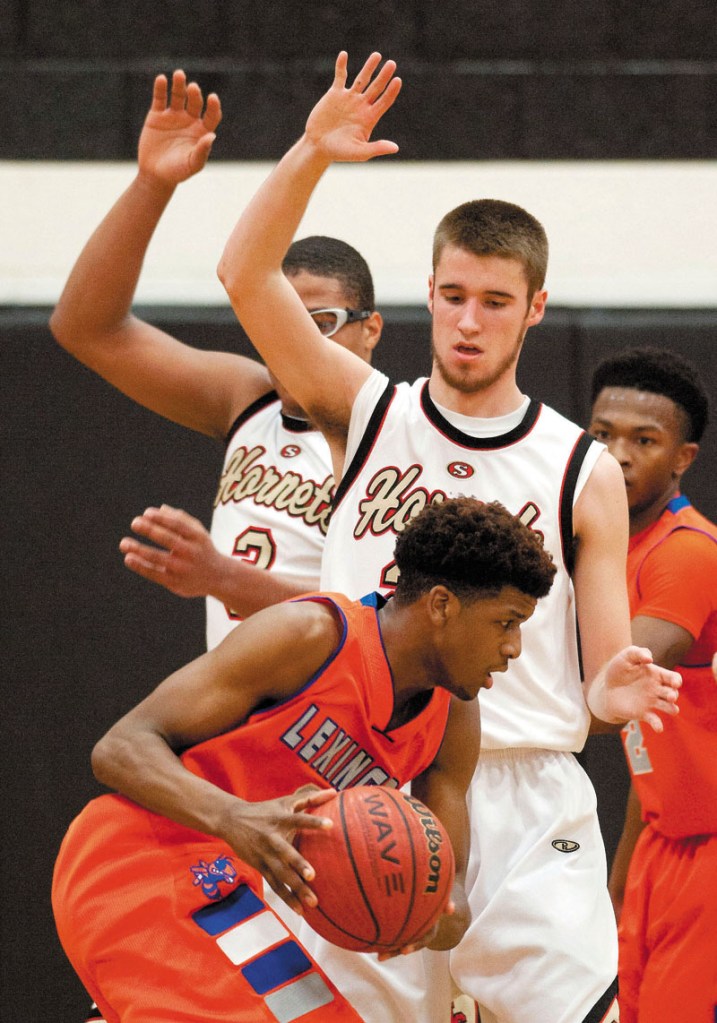 SALISBURY — For Lexington’s boys, Friday night in the Salisbury gym was all about rebounding.

That included not only hitting the boards against the Hornets, but rebounding from a disappointing home loss in their Central Carolina Conference opener against North Rowan.

If Lexington had rebounding issues, it fixed them, crushing Salisbury 25-7 on offensive boards and beating the Hornets 77-66.

“We got beaten on the boards last week, and that’s unacceptable,” Lexington senior Nolan Benson said. “That was our focus tonight — taking control of the boards back.”

Benson, who scored 20 points, and Jakishe Page, who poured in 22, were a deadly inside-outside combination for the Yellow Jackets (10-4, 1-1).

“There are a lot of tough teams in our league, and we knew we couldn’t afford to start league play 0-2,” Lexington coach Jon Weavil said. “We beat a high-quality team tonight on the road. The key was the boards and all the extra offensive opportunities our offensive rebounding gave us.”

“It’s not like it was a blowout, and it’s not like we played that bad,” Troutman said. “But they did a good job doubling me on the screens, and they just kind of killed us on the glass.”

Troutman was explosive at times, but mostly Lexington handled him.

“Troutman is one of the best in our league,” Weavil said. “We knew it would be hard to stop him, but I was happy that we contained him. He scored 22, but he had to work for all of them.”

The first quarter was even, but with Benson and Page combining for 14 points in the second quarter, the Yellow Jackets pushed to a 37-32 halftime lead.

“Page creates mismatches for us,” Benson said. “He’s just a really talented player, a great guy to have on our side.”

The key stretch was the start of the second half. Page had a 3-pointer and a dunk in a Lexington burst that pushed the visitor’s lead to 13.

“We competed really well with them in spurts, and that gives us hope moving forward, but it’s hard to sustain that level of play for 32 minutes,” Salisbury coach Jason Causby said. “We had a bad four minutes to start the second half and they pushed the lead out there a little bit. After that, we were trading baskets.”

Salisbury was only down nine with four minutes left when Benson scored in the lane and followed that with a three-point play off an offensive board. Those were backbreakers.

The Hornets shot 53.2 percent, but the loss can be pinned on struggles in rebounding and losing the turnover battle (27-17).